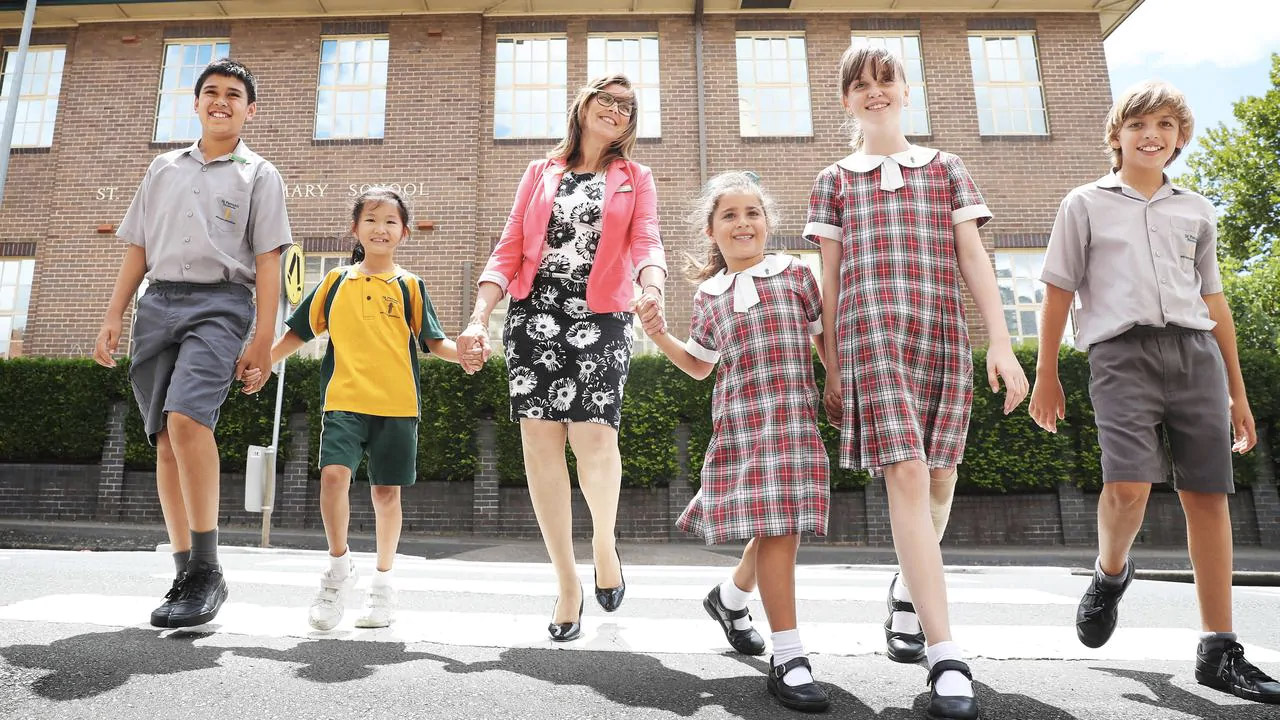 
Principal Bernadette Fabri recently spoke with The Australian newspaper's National Education Correspondent Rebecca Urban about the significance of the bicentenary of Catholic schools in Australia and what faith means to families in Western Sydney.

Australia’s Catholic bishops have lamented the loss of large numbers of Catholic students to secular schools, issuing a rallying cry to the church’s educators to retain the sector’s religious identity in the wake of growing enrolments from outside the faith.

In a pastoral letter to mark the 200th anniversary of the nation’s first Catholic school, the Bishops of Australia also acknowledge the negative impact of the sexual abuse crisis, which was highlighted by the recent royal commission, on the institution, including its schools.

The letter, due to be made public on Thursday, notes that enrolments in Catholic schools, which educate one in five Australian students, continue to grow — “but not necessarily in enrolments of Catholic children”.

Analysis of recent trends reveals modest enrolment growth has been driven by an influx of non-Catholic students, particularly in regional and remote areas.

Meanwhile, a significant number of Catholic families are choosing to send their children to non-Catholic schools, with a report by the National Centre for Pastoral Research of the Australian Catholic Bishops Conference suggesting more than 40 per cent of Catholic primary and secondary age students were educated outside the Catholic sector.

“Secularisation continues apace in our culture and there was considerable disillusionment with Church institutions resulting from the sexual abuse crisis,” the pastoral letter states.

“Thus, while our schools continue to embrace their traditional responsibility for religious and other education, they now have a different mix of students and less support for their specifically religious mission from outside the school than they had in the past.

“In some parts of the country, many better-off Catholic students have been lost to other-than-Catholic independent schools. Government schools and other Christian schools have become ­rivals for our students in the ­education ecosystem.”

The letter, which echoes sentiments expressed in the 2007 Catholic Schools are at a Crossroads report released by the Bishops of NSW and Catholic Education ­Office of Sydney, calls on school leaders to ensure schools are “truly Catholic in their identity and life”, are “centres of new evangelisation”, and foster high levels of “religious literacy” among students.

“This will require that, as far as possible, we retain a ‘critical mass’ of Catholic students and staff in our schools, even as we welcome those from other religious backgrounds,” it says.

“This requires the system and school leaders to re-examine how they might maximise enrolment of Catholic students and employment of committed Catholic staff, while recognising the gifts that others also bring.”

She noted the challenges Catholic schools faced around preservation of identity were not new, with the first school in Parramatta enrolling Protestant as well as Catholic students.

“Over 200 years, Catholic schools have educated millions of Australian students,” Ms Collins said. “We have contributed to the development of individuals, local communities and the economic and social fabric of this nation.”

The virtual launch will include students from Sydney’s St Patrick’s Primary School and Parramatta Marist High School, both having roots with the first Catholic school opened in October 1820 by Irish Catholic priest John Therry.

St Patrick’s has above-average enrolments of Catholic students, with most kindergarten places ­allocated to the siblings of older students and parishioners from St Patrick’s Cathedral.

Principal Bernadette Fabri said its approach to religious education had changed over the years to enable teachers to “capture students’ natural curiosity as expressed through their questions and wonderings about their faith”.