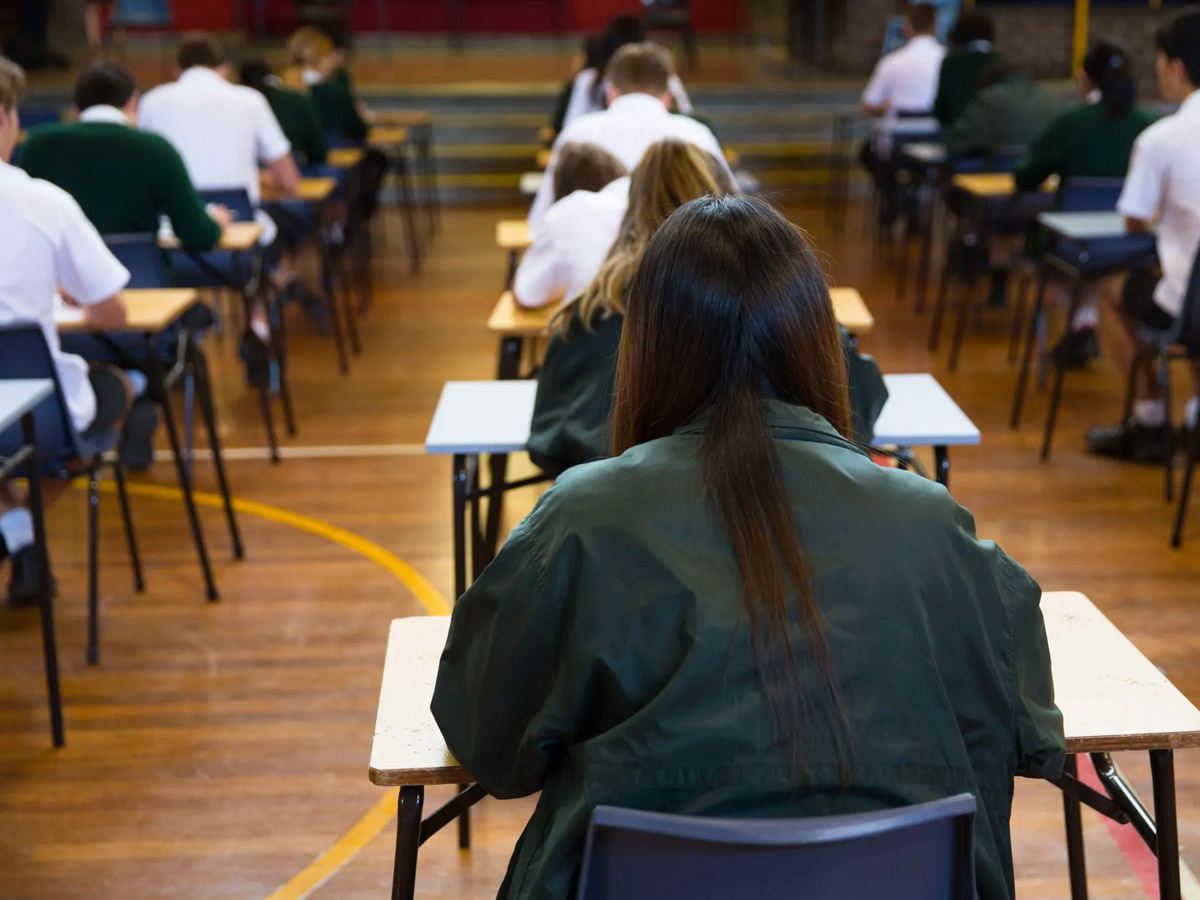 The head of Sydney Catholic Schools says traditional HSC exams should be abandoned this year.CREDIT:JANIE BARRETT


The head of Sydney Catholic Schools has called for formal year 12 examinations to be abandoned and HSC results to be based on school assessments instead, saying remote learning is disadvantaging the city’s worst-off students.


The call was backed by the head of Catholic Education Parramatta, Greg Whitby, who said authorities must make a decision on formal exams and a mark based on assessment was a “practical, sensible alternative”. However, assessment experts said formal exams should be kept alive as long as possible and the examining authority says they will “go ahead”.

Sydney Catholic Schools executive director Tony Farley, who runs 33 high schools including some in the COVID-19 hotspot local government areas, said disadvantaged students were hurt most by the lockdown as they relied on school for both teaching and educational resources.

“The HSC should not go ahead in its traditional form as it is neither fair nor practical and the most disadvantaged students will suffer the greatest detriment,” he told the Herald.

“The HSC is more than a final exam and there is sufficient data and capacity to award a HSC mark and provide an indicative ATAR based on school-based assessments and NESA [NSW Education Standards Authority] moderation.”

Mr Whitby said there were practical, sensible alternatives, including an assessment-based approach to calculating results. “We need a call on whether the 2021 HSC exams can proceed safely so that no student in any school is disadvantaged,” he said.

NESA has already postponed written exams by a week, delayed some practical exams and extended the deadline for major works. But COVID-19 cases remain high, a teenager is in ICU, and there is no indication of when the lockdown might end.

Cancelling formal exams and using assessment marks or teacher estimates is an option if COVID-19 case numbers prevent supervised exams. It is gathering support as principals worry about the impact of so much uncertainty on year 12.

However, there were major problems with the algorithm used to moderate marks, which was based on teacher estimates and a school’s past marks, as disadvantaged students ended up being given lower marks. Amid outrage, the system was abandoned.

In contrast, Victoria kept the prospect of exams alive last year despite its July to October lockdown, and was able to proceed with its year 12 examinations despite the delay. It also used a statewide misadventure process that NSW authorities are studying with interest.

Mr Farley said schools in NSW could provide a student’s assessment mark and a score that fairly reflects their work and objective capabilities. NESA could then review and moderate the result, based on “readily available” data points.

He also called on universities to expand pre-existing entry pathways to allow students to receive results as soon as possible. Western Sydney University on Monday said it would accept students based on year 11 results, as it did last year.

“Nobody is suggesting that moving away from the usual trial exams/HSC exam structure is ideal given the amount of commitment and preparation our students, teachers and families have poured into 13 years of education,” Mr Farley said.

“But the pandemic runs its own course and adapting to its limitations is unavoidable.”

A spokeswoman for NESA said the HSC would go ahead and the authority was putting contingencies in place to make exam environments COVID-safe. “We will ensure that students have the opportunity to sit their exams and to demonstrate what they’ve learned,” she said.

Kim Paino, the general manager of marketing and engagement at the University Admissions Centre, said moderated school assessments could be used to calculate the Australian Tertiary Admissions Rank if exams were abandoned.

“But it’s not ideal, and what we’re hearing from a lot of students is that they want that chance to finish year 12 with the exams they’ve been working towards for a long time,” she said. “So as long as exams remain possible, I think they’d still be preferred over other options.”

Low case numbers allowed exams to go ahead, but Victorian authorities also offered a misadventure process to all students. That involved teachers estimating the VCE mark students would have achieved if they had not faced COVID-19 or bushfires.

“In addition, and contrary to most of the overseas examples, the students sat their examinations, so [Victorian authorities] had more evidence that was fed into the process to determine the final results,” Professor Tognolini said. “The extra evidence made it possible for students to be awarded the higher of their two scores.”

Professor Tognolini said there was sufficient evidence to suggest teacher estimates were as reliable as traditional examination results.

Craig Petersen, head of the Secondary Principals Council, which represents public school principals, said NSW should not be scrapping its exams yet. “It might be something that becomes necessary,” he said. “The approach NESA is taking is the right one. I would hate for us to make a preemptive decision around the HSC exams which we might later regret.”

A statement from the NSW Vice Chancellors Committee said proceeding with the exams provided certainty. “We will continue to work flexibly with NESA and the University Admissions Centre to ensure that admission processes can adapt in an equitable way,” it said.

Greg Ashman, a British-born Victorian teacher and PhD academic, said the UK’s qualifications authority tried to tie the number of top grades to a school’s prior performance.

“There was an outcry because some students may have performed better than students at their school did in the past,” he said.

“The solution was simply to allow the number of top grades to inflate. Universities were then in a position to discriminate between students on the basis of other factors, all of which are less fair than an exam grade.

“Exams may need to be abandoned in an emergency, but there is no magic system to replace them that does not contain significant disadvantages.”