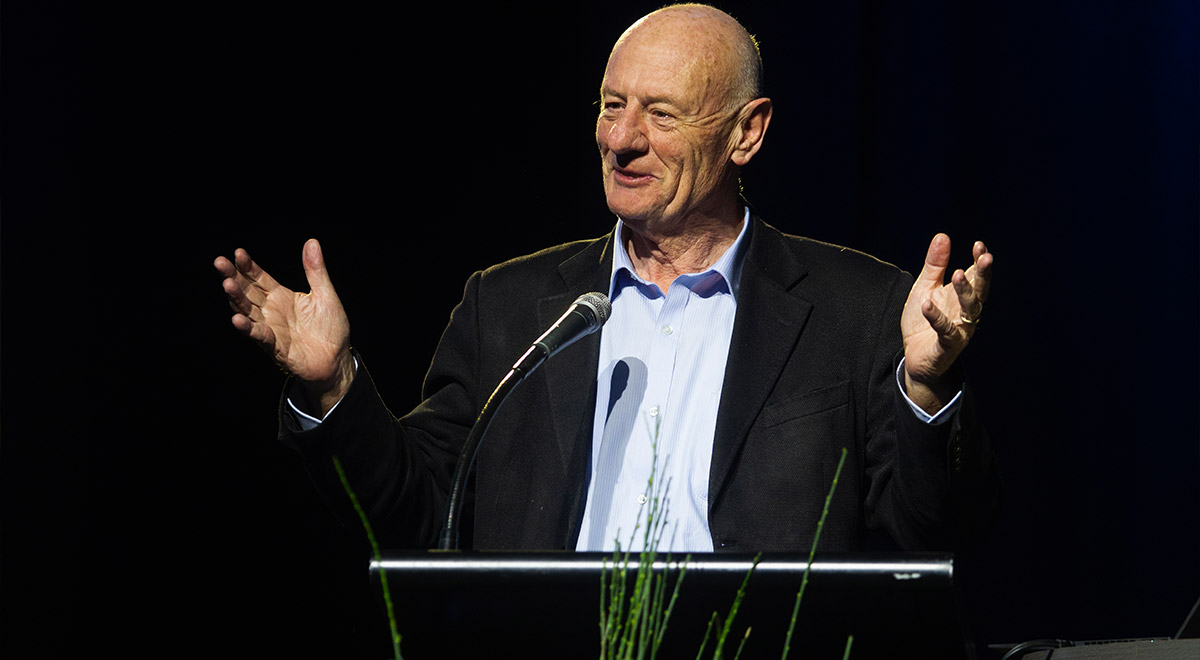 
The Ann D Clark lecture is an annual event for Catholic Education Diocese of Parramatta. Yet as a result of COVID-19, the chance to hear from Reverend Tim Costello this week was three years in the making. Rev. Costello, one of Australia’s 100 National Living Treasures, delivered a stirring and memorable address that was well worth the wait!


Rev. Costello focused on how we can make the world we share fairer through ethical leadership. He spoke about the Gospel as an alternative story, and the power of faith to make meaning. “What is the world as it ought to be?” he asked. “That world comes from telling the alternate story of the Gospel that Catholic educators are committed to”. This powerful message has synergy with Diocese of Parramatta Bishop Vincent Long’s vision for radical inclusion and call for Catholics to go “into the deep”.

With humour, Rev. Costello shared that he was almost raised Catholic except that his late father’s passion for cricket led to a conversion to the Baptist faith! Taking listeners from scenes of Chinese meals from childhood to challenging Vladmir Putin on faith and political repression, referencing Bonhoeffer, Kierkegaard and Nietzsche, Rev. Costello’s address was engaging, authentic and extremely affirming of teaching as vocation.

The impact of teachers on Rev. Costello’s own vocation was clear, including an encounter with his Year 9 teacher that led him to a life dedicated to justice through working to eliminate global poverty. “That teacher changed my life,” Rev. Costello said. “Never underestimate the impact that you as a teacher can have on young people”.

You can listen to Rev. Costello’s speech here. 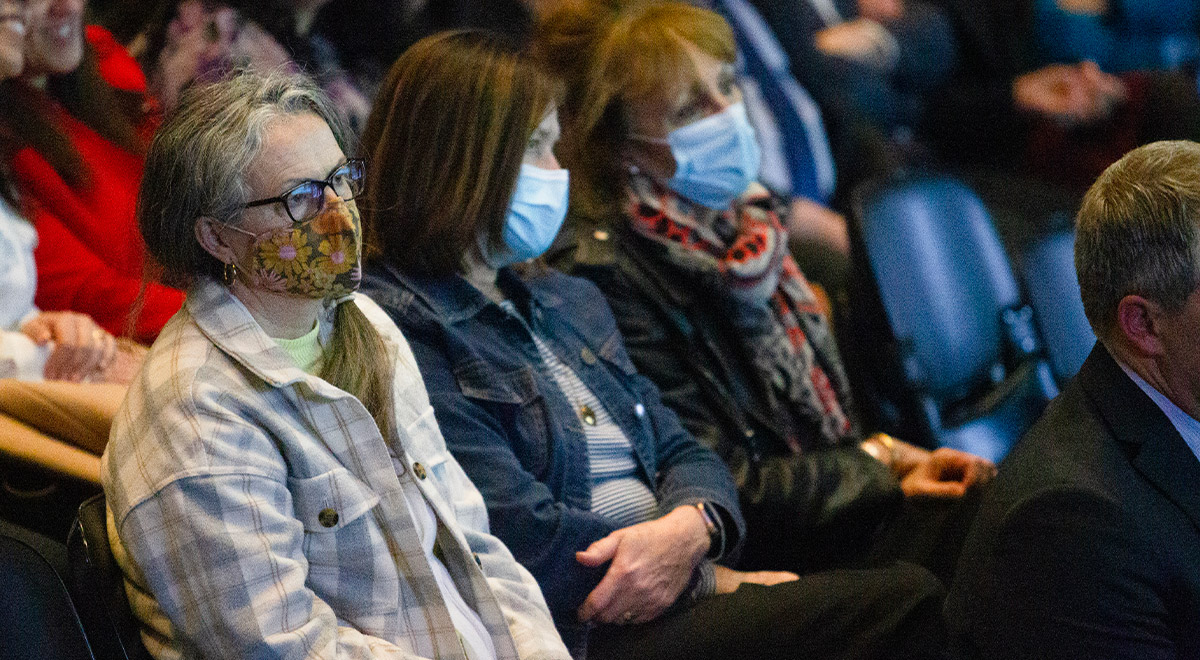 
The event was attended by staff from both the Catholic Education Office and many of Catholic Education Diocese of Parramatta’s 80 great schools across Western Sydney and the Blue Mountains. St Monica’s Primary North Parramatta Principal Lisa Crampton delivered the formal thank you to Rev. Costello. Lisa thanked him for the acknowledgement of the need for the work of teachers to be more highly valued. She shared a moving statement about the way that staff see God in their students, parent and carers and colleagues. “We care, we love and we stay,” Lisa declared, evincing a strong commitment to living the alternative story of the Gospel through the counter-cultural Mission of Catholic education. 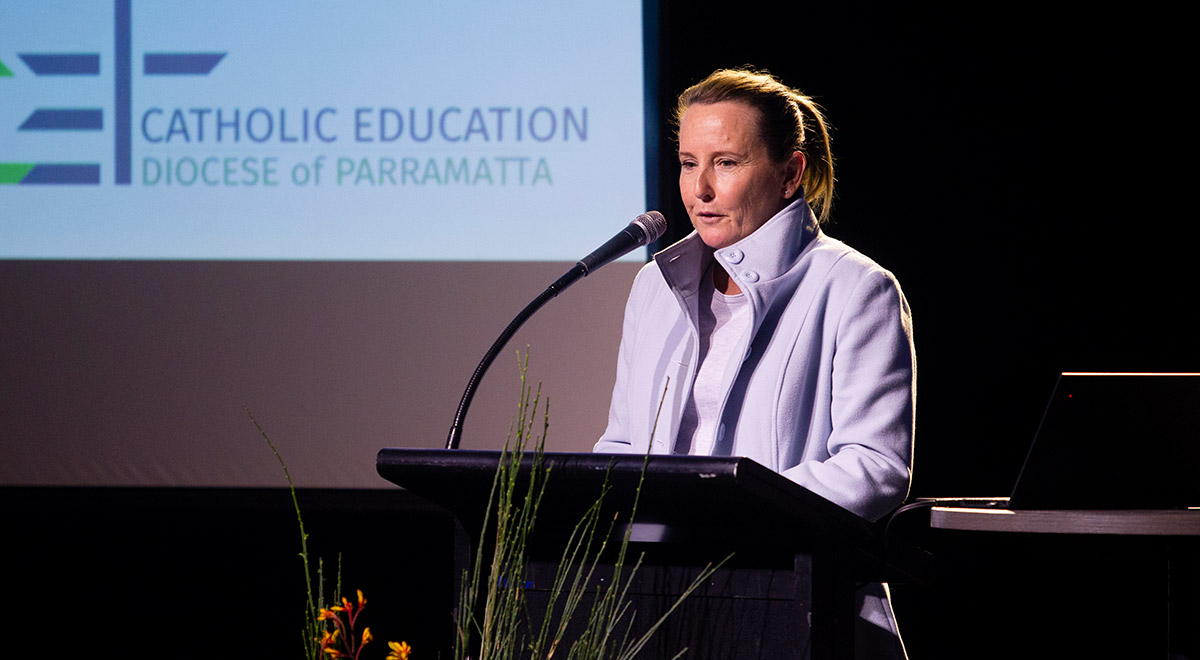 
St Nicholas of Myra Primary Principal Anita Knezevic was excited to attended the event after having read Rev. Costello’s short inspirational text, Hope. Reflecting on the address, she spoke about feeling blessed. “Tim so eloquently stated ‘when your bliss intersects with the world’s needs; this is when you’ve found your passion.’ This comment resonated with me I often reflect on how privileged I am that I get to share my faith in my day-to-day work with the joyfulness and spontaneity of seeing and talking with children throughout their school life in different learning and faith experiences.”

From the beginning of 2023, Catholic Education Diocese of Parramatta will be known as Catholic Schools Parramatta Diocese Ltd and have a new incorporated governance model centred on a Board. It was terrific to welcome Emeritus Professor Marea Nicholson AM, who will serve as a Director of the Board, to this important annual event. Other special guests included Diocese of Parramatta Episcopal Vicar Most Reverend Peter Williams, Fr Brian Lucas and Councillor Nathan Zamprogno representing Hawkesbury Council.

Reverend Tim Costello directs Ethical Voice and is one of Australia’s most respected community leaders and a sought after voice on social justice issues, leadership and ethics.

For 13 years until October 2016, Tim was Chief Executive of World Vision Australia (WVA). He then completed over 2 years as WVA’s Chief Advocate.

Currently Tim remains as Executive Director of Micah Australia and continues to place the challenges of global poverty on the national agenda. He is also Senior Fellow for the Centre for Public Christianity. He remains spokesperson for the Alliance for Gambling Reform, which campaigns for law reform to prevent harm from poker machine gambling.

Ann D Clark lecture addresses have been as follows: 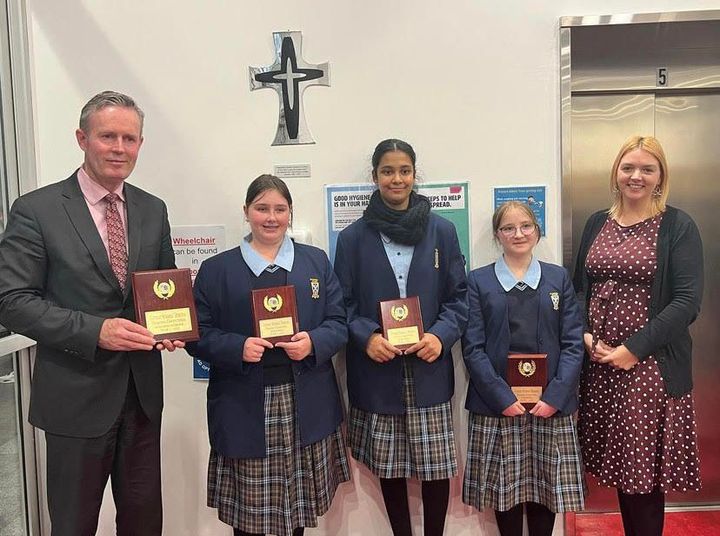 We're so excited to see what the future has in store for these super debaters🗣🗣🤩 from St Andrews College, Marayong (Official) after they beat teams from 82 other schools to win the CSDA Debating Grand Final recently.🏆🥇👏👏 What an amazing result for Georgia, Aishriya and Nina as they overcame St Gregory’s College in the Year 7 division Grand Final.😎 Find out more about St Andrews College Marayong here: https://www.standrewscmarayong.catholic.edu.au/About-Us 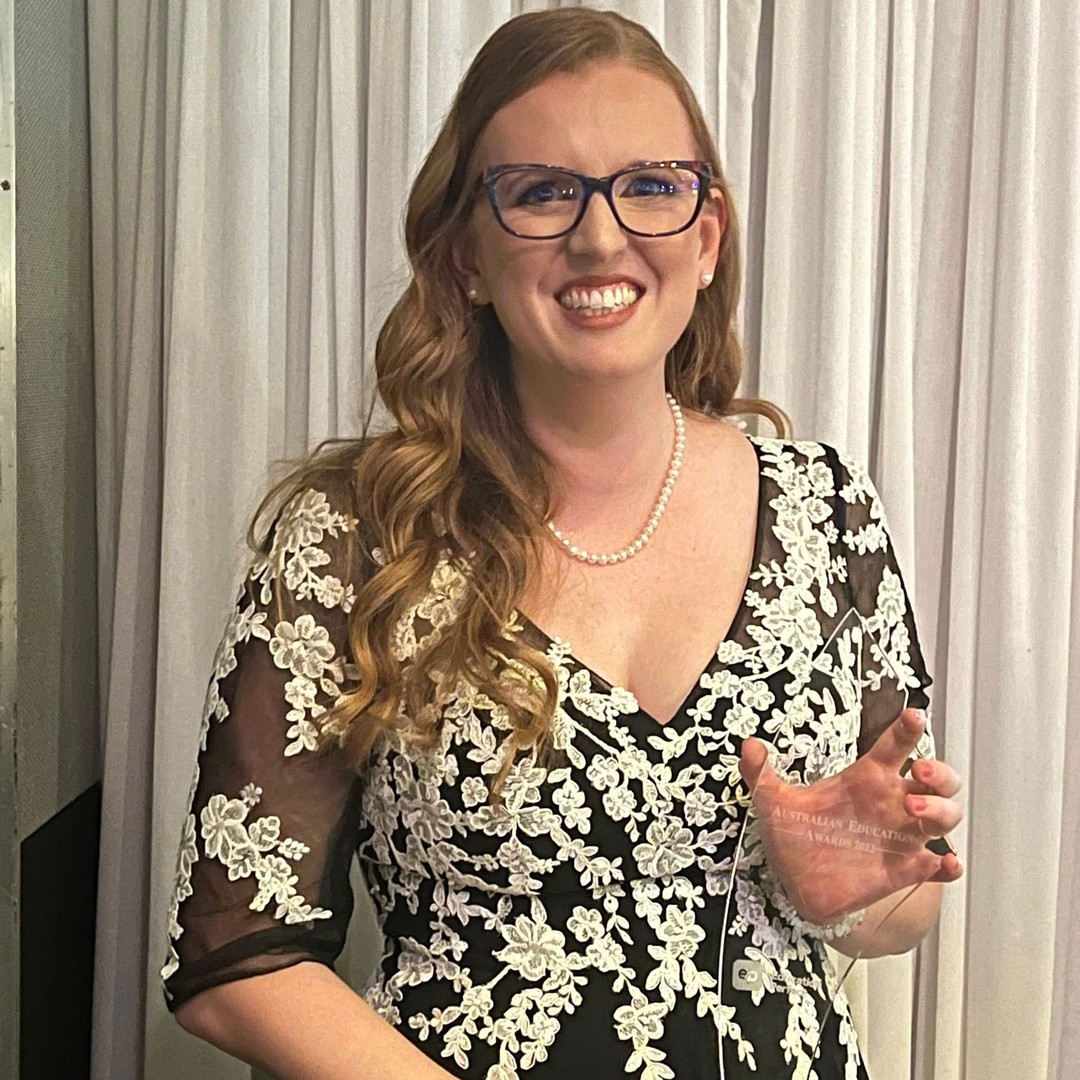 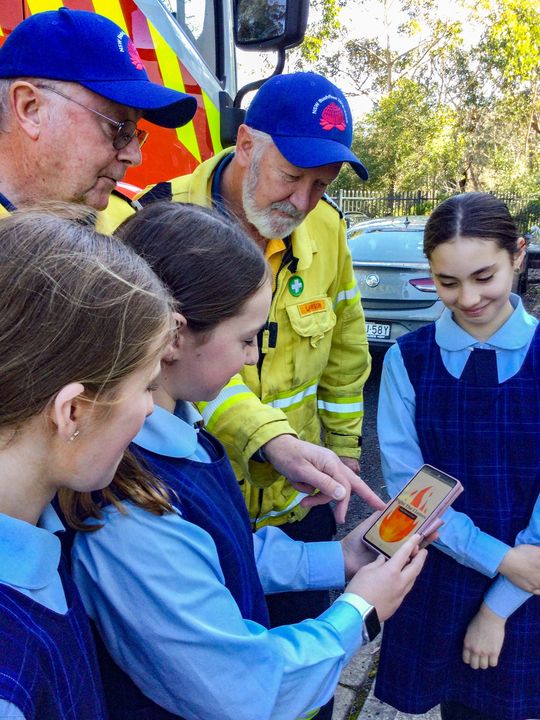 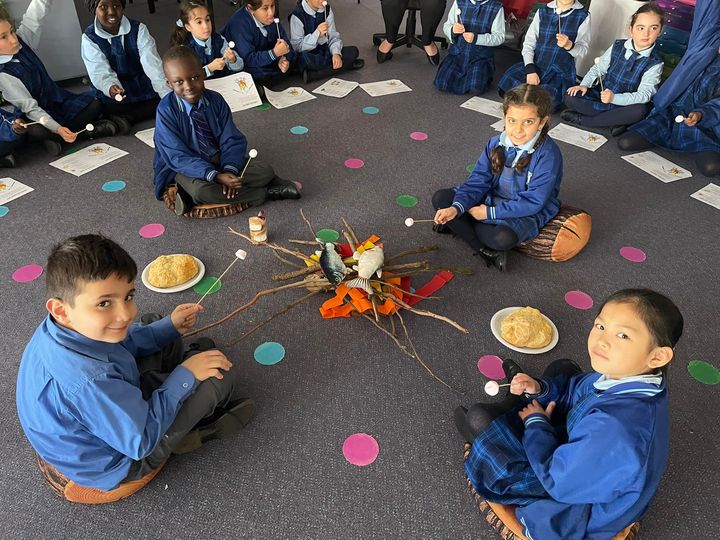 When your classroom gets turned into a campsite! 🏕🎣⛺️🔥 The Year 2 students from Sacred Heart Primary School Mount Druitt spent the week learning about all things camping before creating an authentic camping experience in their very own classroom complete with campfire, tents, stories and of course marshmallows! 🏞🛶☀️🌧 LOVE IT! 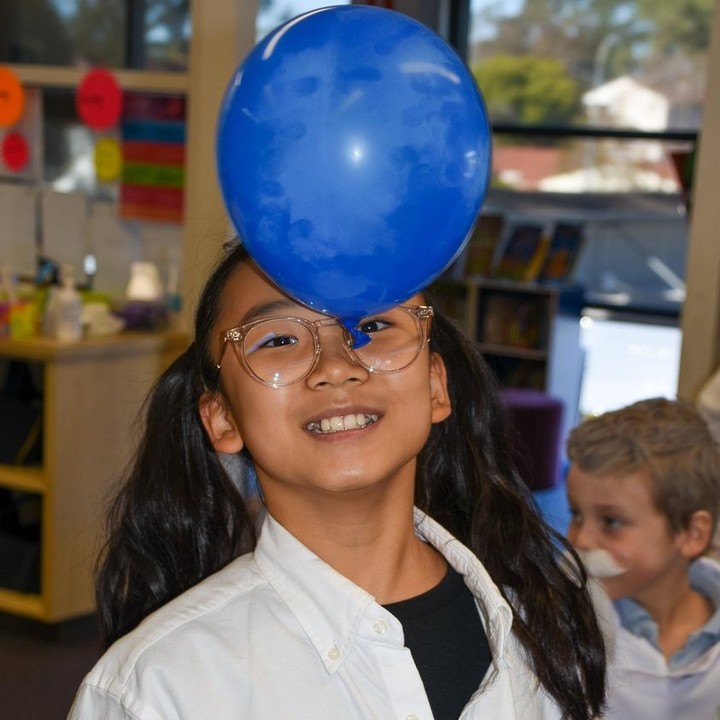 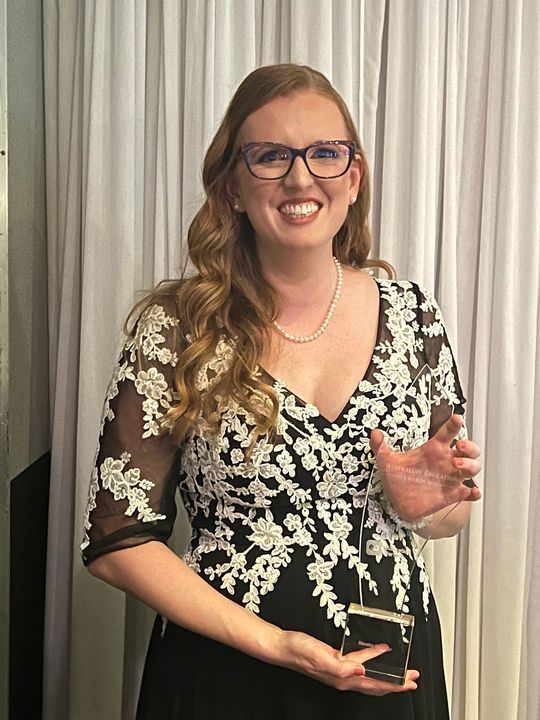 We are so proud of St Agnes CHS Rooty Hill teacher Lauren Walters who won The Australian Education Awards Rising Star Award this weekend! The award, which recognises the most outstanding teacher in Australia who has been an educator for five years or less, follows Lauren's recent win in the Commonwealth Bank Teaching Awards. What a superstar! 🤩🤩🤩🤩🤩 Read more about Lauren here: https://www.parra.catholic.edu.au/whats-on/latest-news/2022/06/15/05/19/st-agnes-education-rising-star 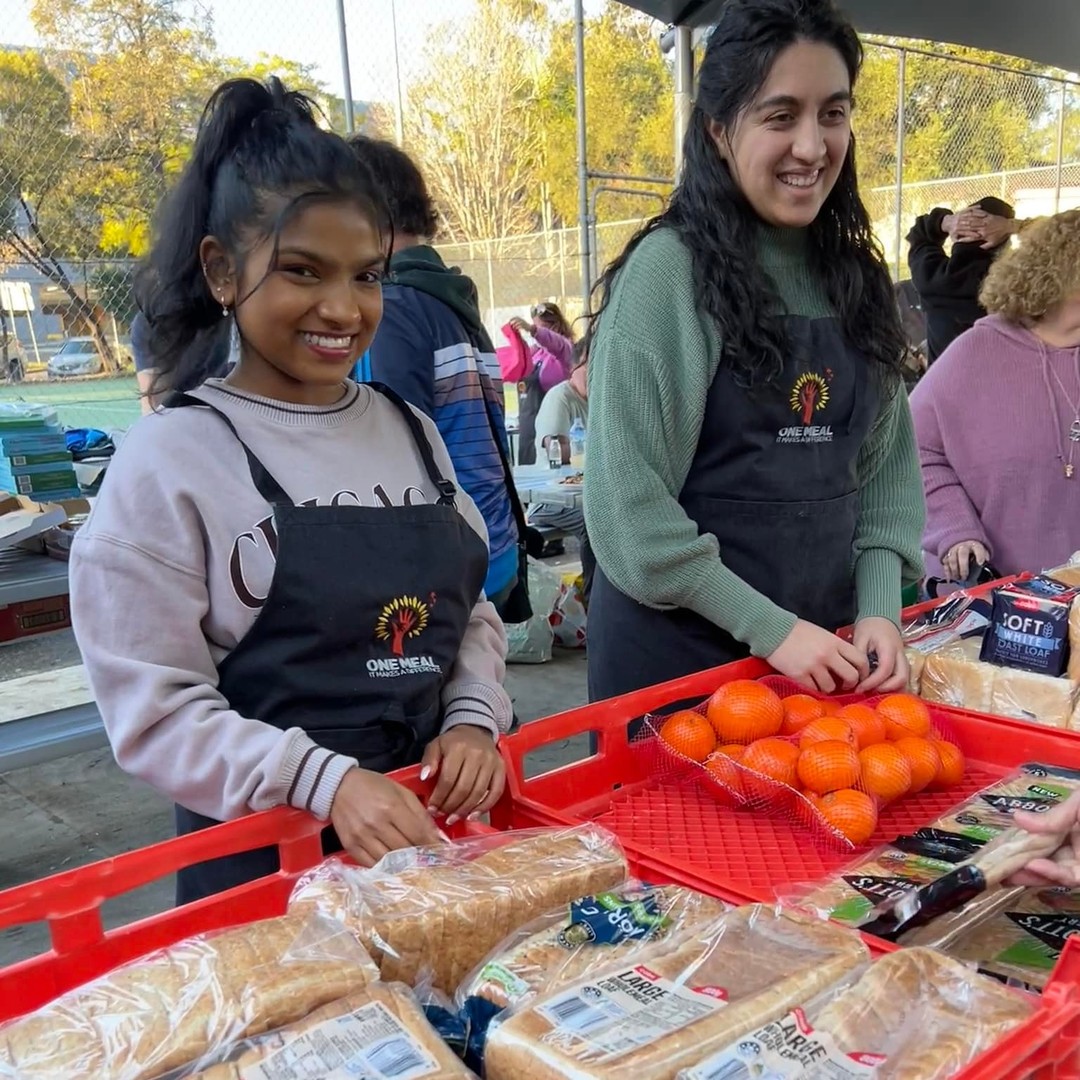 Remember this amazing IT Trainee?🙌 David was named Trainee of the Year (disability category) at the 2021 NSW & ACT Group Training Awards.🤩👏👏 David was part of CEDP's great IT Traineeship program👨‍💻 and spent two years at Emmaus Catholic College Kemps Creek, now being promoted to a CEDP Technical Support Officer, forging a fantastic career in IT.👍💻 Well done! Find out more about the CEDP IT traineeship and register for the information evenings on the 16th and 17th of August here👉 bit.ly/3eQPebK 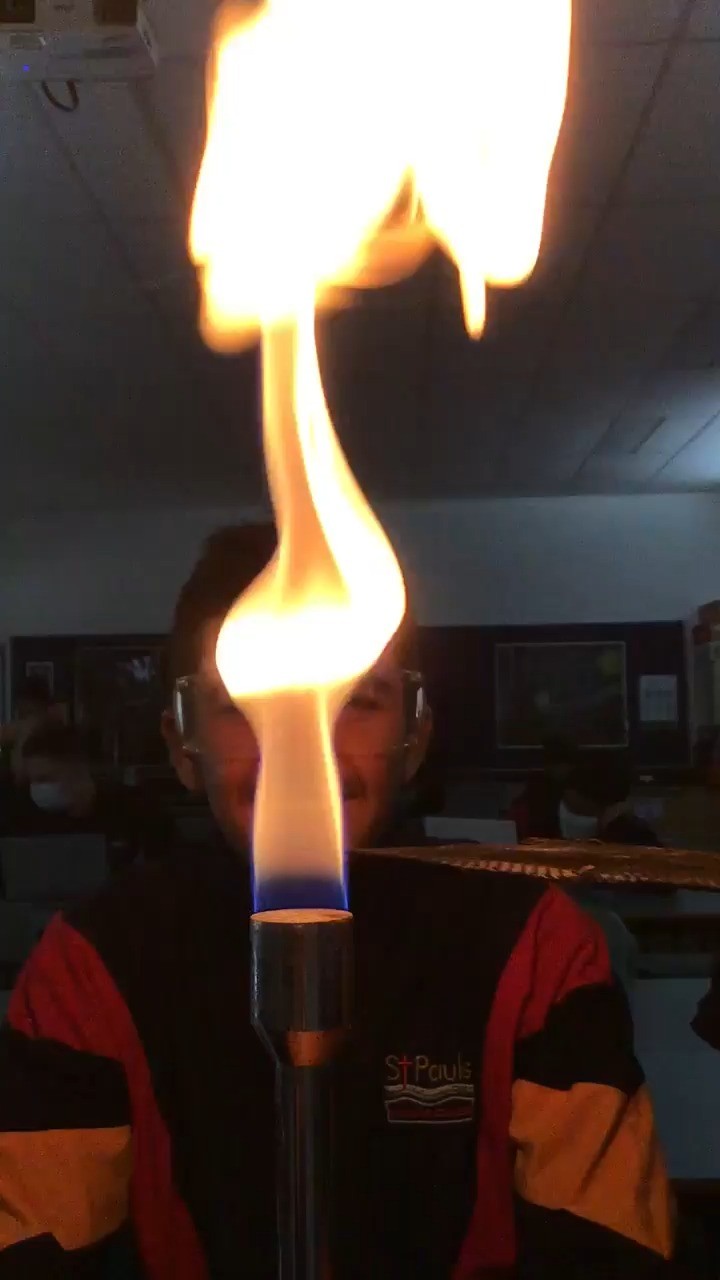 National Science Week (13-21 August) starts today! 🔬📡 We're looking forward to sharing some of the awesome things our schools are doing during the week, like these cool (or, rather, hot 🔥) experiments that students from St Pauls Catholic College Greystanes get to do as part of their science learning. 👨‍🔬🔎🔭 Don't try this at home, kids! ❌ #CEDP2022 #parracatholic #westernsydney #bluemountainsnsw #parramatta #greystanes @stpaulscollegegreystanes #nationalscienceweek #nationalscienceweek2022 #scienceweek #scienceweek2022 #sciencelearning 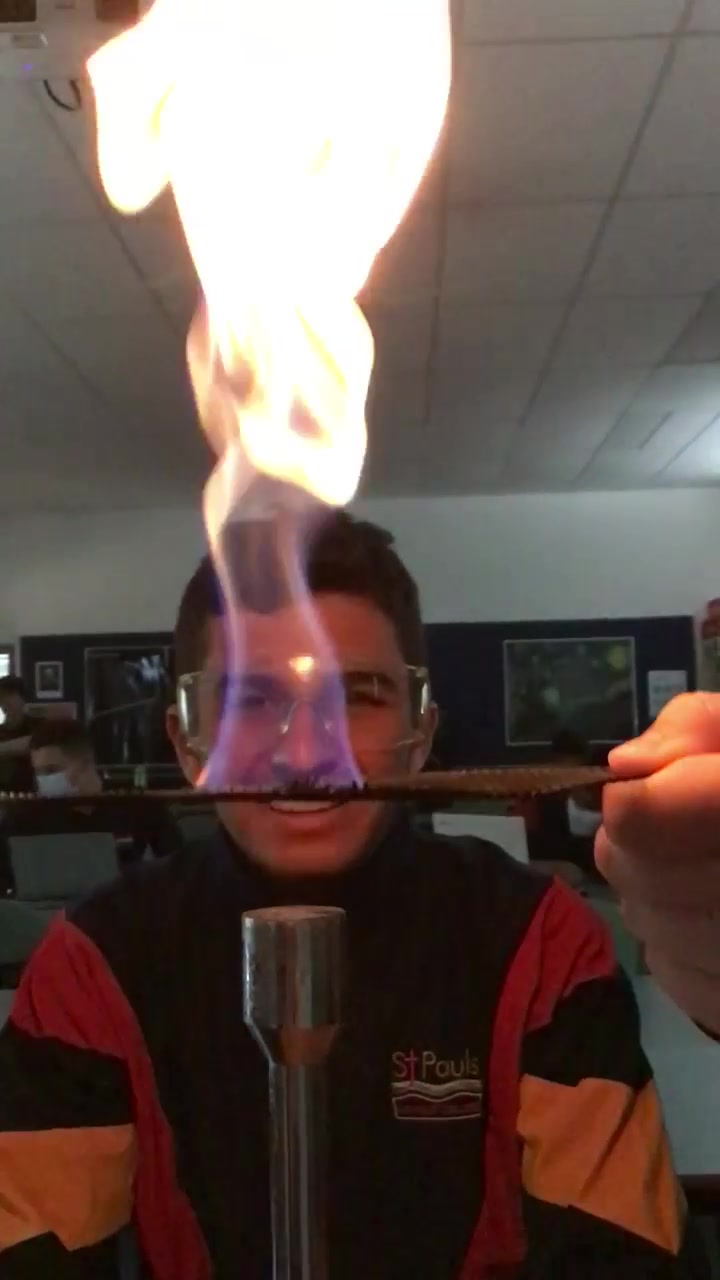 We're looking forward to sharing some of the awesome things our students are doing during #NationalScienceWeek (13 - 21 Aug) next week! Got to love the 🔥 experiments from St Pauls Catholic College, Greystanes, the students are always so engaged in their learning 👨‍🔬🔎🔭 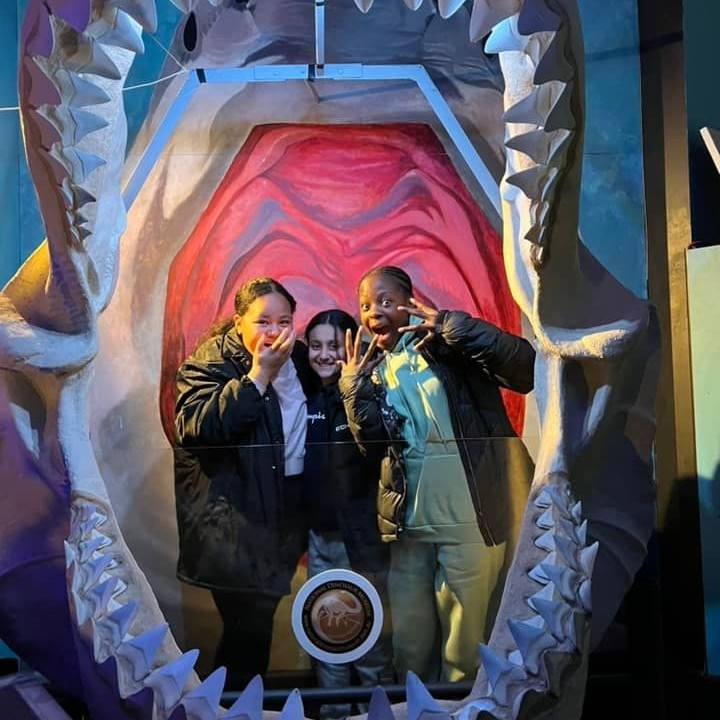 Students from St Patrick's Primary Guildford had some ROAR-some fun during their visit to the Australian Museum's dinosaur exhibit as part of their recent trip to Canberra. 😲🦖🦖🦖😆 Students got to walk among real dinosaur skeletons and life-size models as well as the fossil teeth, skulls and claws of these amazing creatures. 🦷🦕👍 #CEDP2022 #parracatholic #westernsydney #bluemountainsnsw #parramatta #hawkesbury #guildford @australianmuseum #AustralianMuseum #dinosaur #dinosaurs #dinosaurexhibit 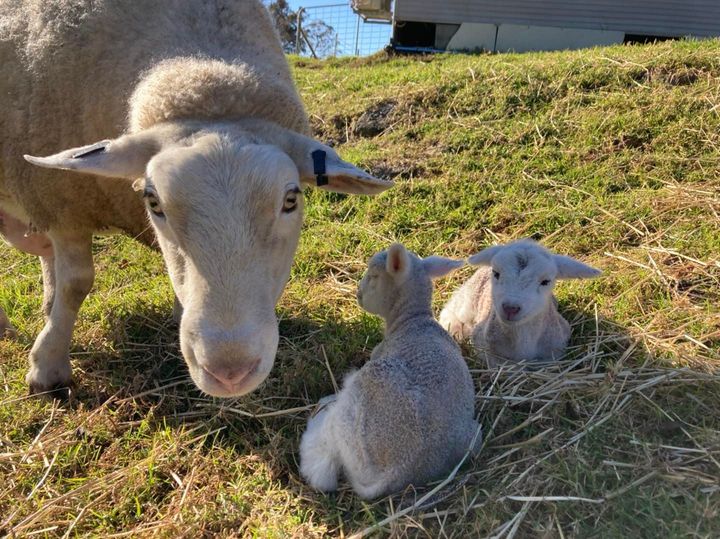 We just had to share these cute baby photos!!🥰❤️ Students at Marian Catholic College Kenthurst celebrated the arrival of a new baby Alpaca.🦙💜 Twin lambs were born at St Columba's Catholic College Celebrates.🐑🐑 How cute are their little coats?!🧥🤩 St Angela's Primary School welcomed 3 baby chicks named Glynnis, Sally and Gemma🐥💛 and Chisholm Catholic Primary welcomed some ducklings and even watched them hatch!🐣🦆 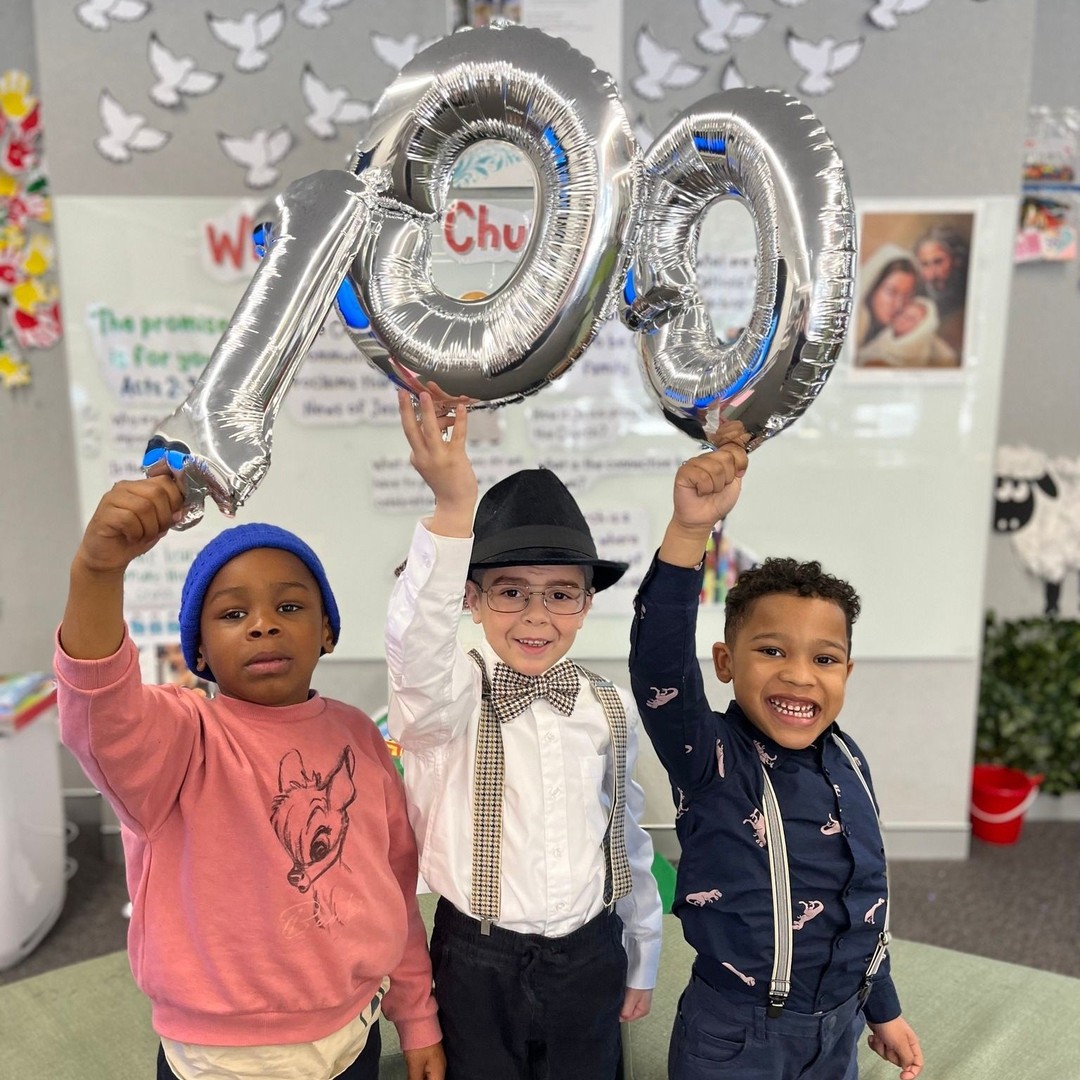 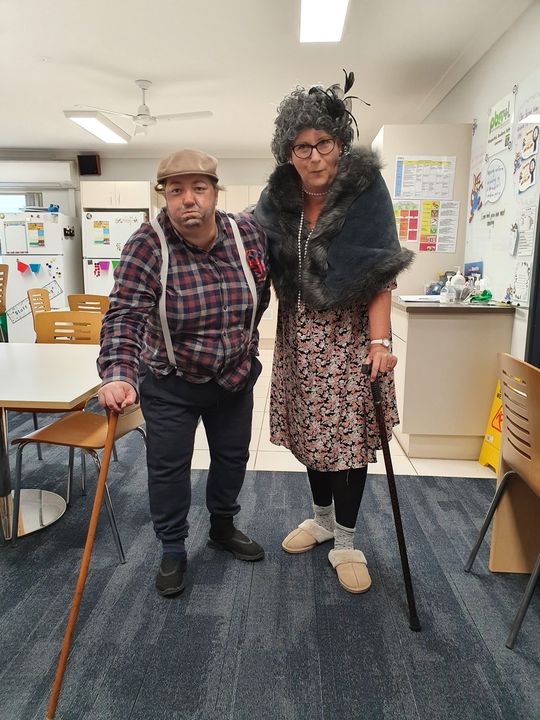 Happy 100!!💯💯❤️❤️ Our littlest (and most adorable) learners are schooling old-timers now after a magical first 100 Days of Kindy. And is that some teachers and principals we see dressed up or just super old people?👴 🧓😳 Ms Cook, Mr Jones and Ms Floody... we barely recognised you!🤪🤣🤣🤣 What amazing outfits and great fun celebrating a wonderful start to the year for all our littlest students around the Diocese.🎈🥳🎉 Do you remember this fun 100 Days of Kindy video from last year? https://www.facebook.com/CatholicEdParra/videos/1225879364513886/ Our Lady of Lourdes Seven Hills St Bernadette's Primary, Castle Hill St Nicholas of Myra Primary Penrith St Thomas Aquinas Celebrates St Bernadette's Lalor Park St Patrick's Guildford 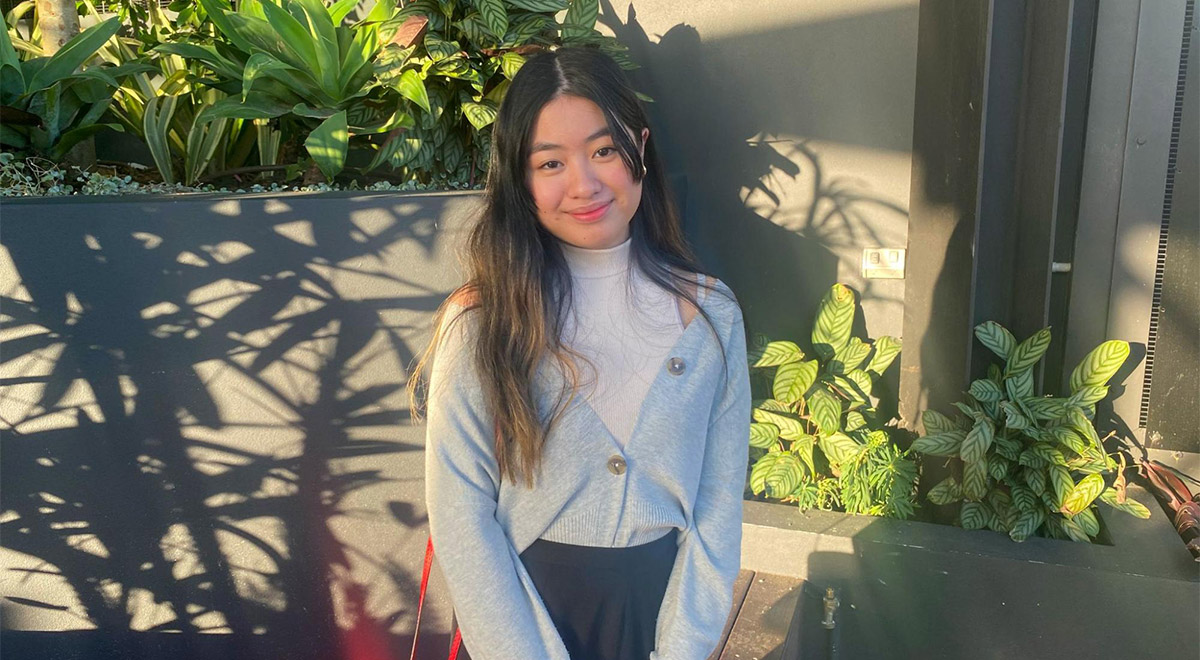 To infinity and beyond! Emmaus graduate shoots for the stars