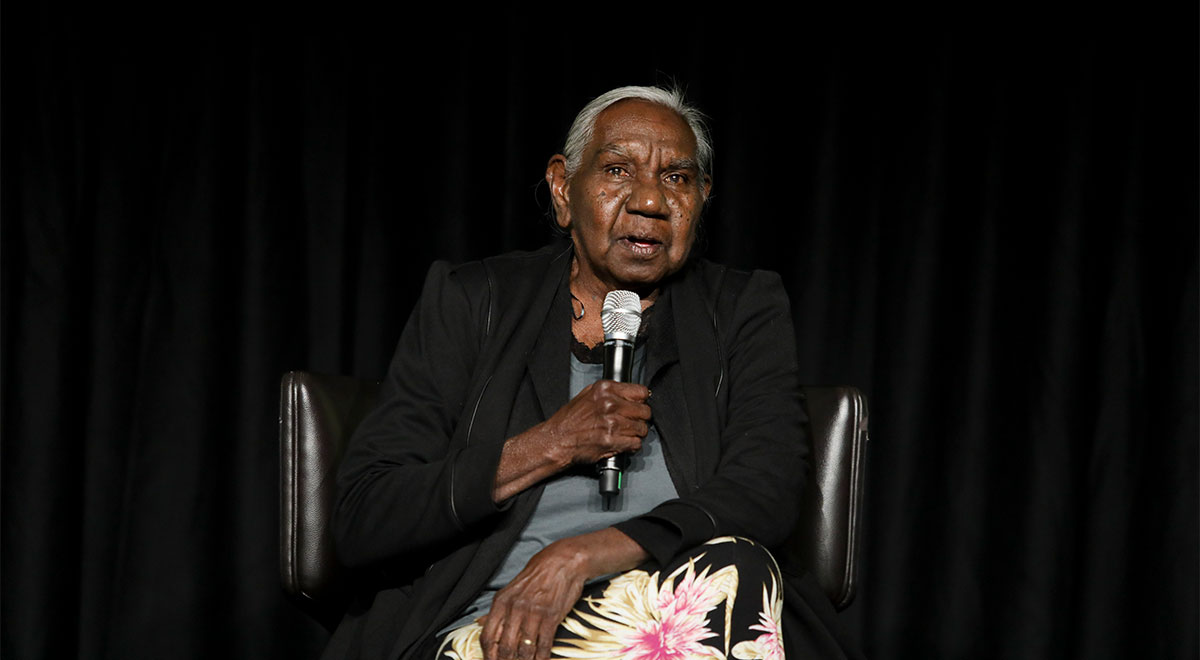 Proudly hosted by Catholic Schools NSW together with Catholic Education Diocese of Parramatta, 550 educators from across Australia gathered in Leura for the Aboriginal and Torres Strait Islander Catholic Education NSW State Conference this week.


With a strong focus on Closing the Gap in educational outcomes for Aboriginal and Torres Strait Islander children and young people, a highlight of the program was an engaging conversation between MC Professor Anita Heiss, a proud Wiradjuri woman and noted Australian author, and 2021 Senior Australian of the Year Aunty Miriam Rose Ungunmerr Baumann.

An iconic figure in Catholic Education, Aunty Miriam Rose was the first fully qualified Aboriginal teacher in the Northern Territory. A member of the Ngangiwumirr language group, she was baptised at the age of 14 during her time at the Francis Xavier mission school at Daly River. She later had the chance to do a domestic work placement for a teacher which led to an opportunity as an assistant teacher. The same mentor helped guide her toward a teaching qualification. Her reflections reinforced the importance of education, which she said is essential if you want to get somewhere in your life journey.

Aunty Miriam Rose was asked to give other teachers some advice. She said that teachers are the next best people to families, “they’ve got to always be there for them and understanding…sometimes it’s hard”. Drawing on her experiences in education in the Top End, she advised that having a local person as an assistant teacher is valuable. 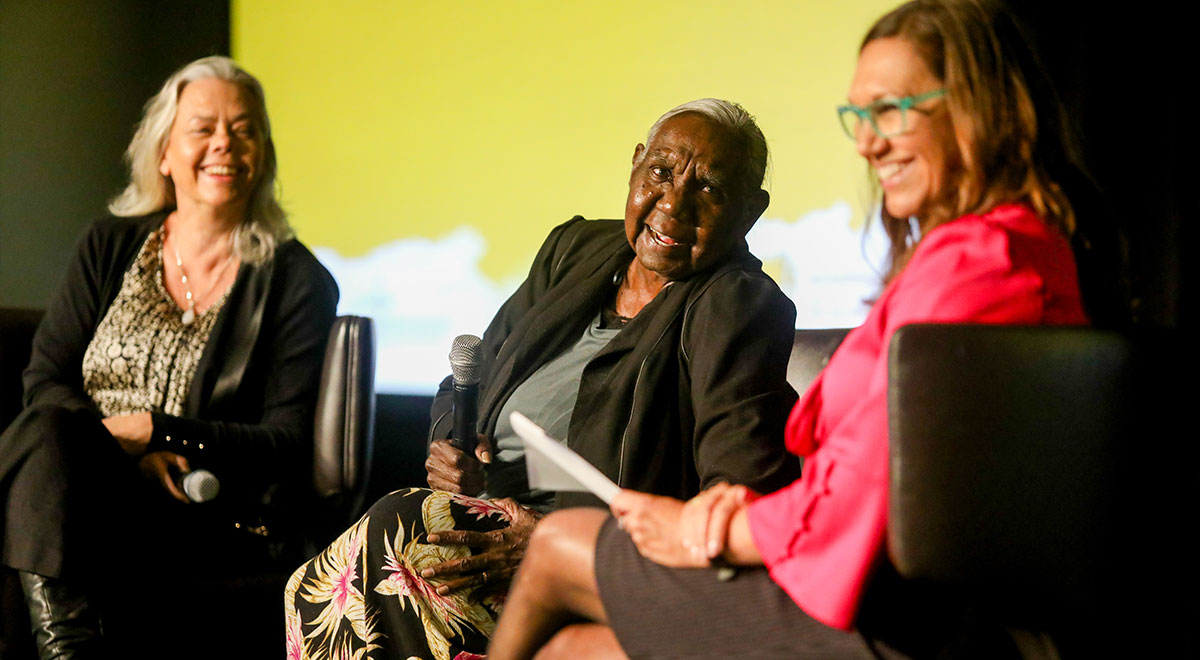 Aunty Miriam Rose spoke about the need for Dadirri, deep listening. With humour and warmth, she said that her love of teaching came from being with the kids and sharing of knowledge that comes from Elders in community. She spoke powerfully about the potential of schools to share culture with Aboriginal and Torres Strait Islander children and young people.

As many Conference participants were non-Indigenous people, Anita Heiss invited Aunty Miriam Rose to share her thoughts about the impact of allies. Aunty Miriam spoke positively about having people “come and live amongst us and teach in the schools” with a strong focus on mutual learning including cultural ways being shared. “Everyone has a story,” Anita responded.

When prompted to speak about her strong Catholic faith, Aunty Miriam Rose quipped: “I won’t say anything silly, there’s a Bishop here”. She said that she is often asked the question: “how did your people accept Christianity?” She simply replies “we found Him in nature”. She explains that the Brown Joeys (Sisters of St Joseph of the Sacred Heart of Jesus) have had a presence in her community in the Top End since the 1800s. Together with the Jesuits, these Religious Orders “left a legacy”, leading locals to ask the Bishop to send more missionaries to the Daly River.

Always keen to remind those present that she is from the Bush, Aunty Miriam Rose praised the name of the conference, Transforming with the Spirit. Drawing on the beautiful Conference artwork by Darug Elder Uncle Chris Tobin, Aunty Miriam Rose spoke lyrically about the dragonfly imagery. “That’s part of nature and our spirit, our being…nature talks to us, it brings good news, sad news, tells us the weather is going to change”. As she explained that the arrival of the dragonflies means “ok, I think the dry season’s around the corner”, listeners had a keen sense of her faith-filled love of nature. The Conference also responded enthusiastically when Aunty Miriam Rose asked whether everyone would like to hear a story from the Dreaming.

Reflecting on progress on Reconciliation, there was a sense that this speaks to where we are as a nation. Aunty Miriam Rose explains that the religious sisters who educated her told her “we had to walk in two worlds...that was very strong in the community”. Anita Heiss observed that there is a real need for an exchange of knowledge and listening to support our Reconciliation journey.

Aunty Miriam Rose also leads the Miriam Rose Foundation, speaks five local languages along with English and is responsible for establishing the highly successful Merrepen Arts centre in Nauiyu. She was recently one of just 10 Australians invited to attend the funeral of Queen Elizabeth II. In 1998, Miriam Rose was appointed a Member of the Order of Australia, for her services to Aboriginal education and art, and her services to the Nauiyu community. 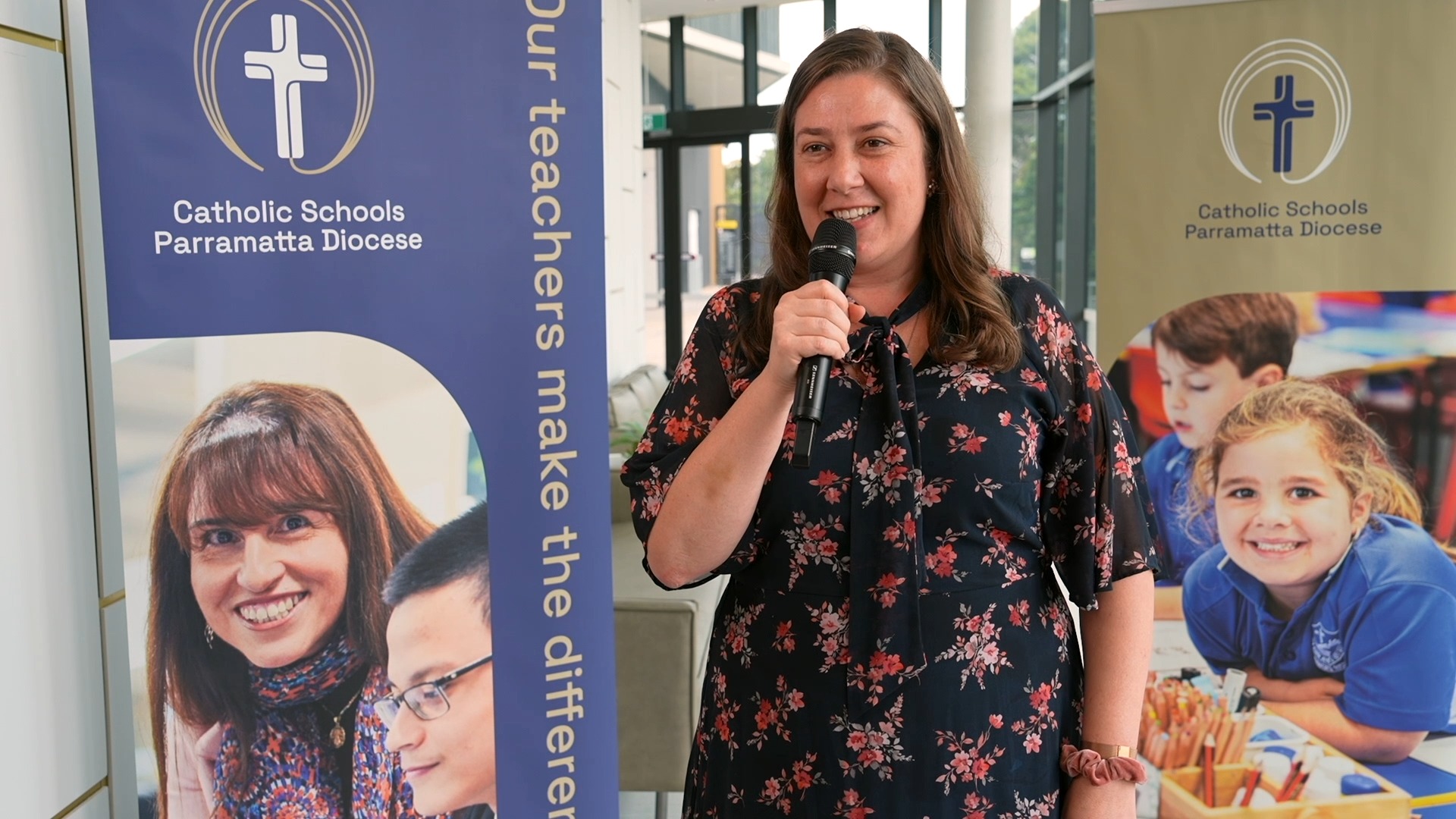 Say hello to our new school principals for 2023!🤩👋 We're so blessed to have such dedicated and caring leaders joining our lovely school communities this year. 🧑‍🏫👫 Give this video a watch to hear what they're most excited about, there might even be a few familiar faces.😁 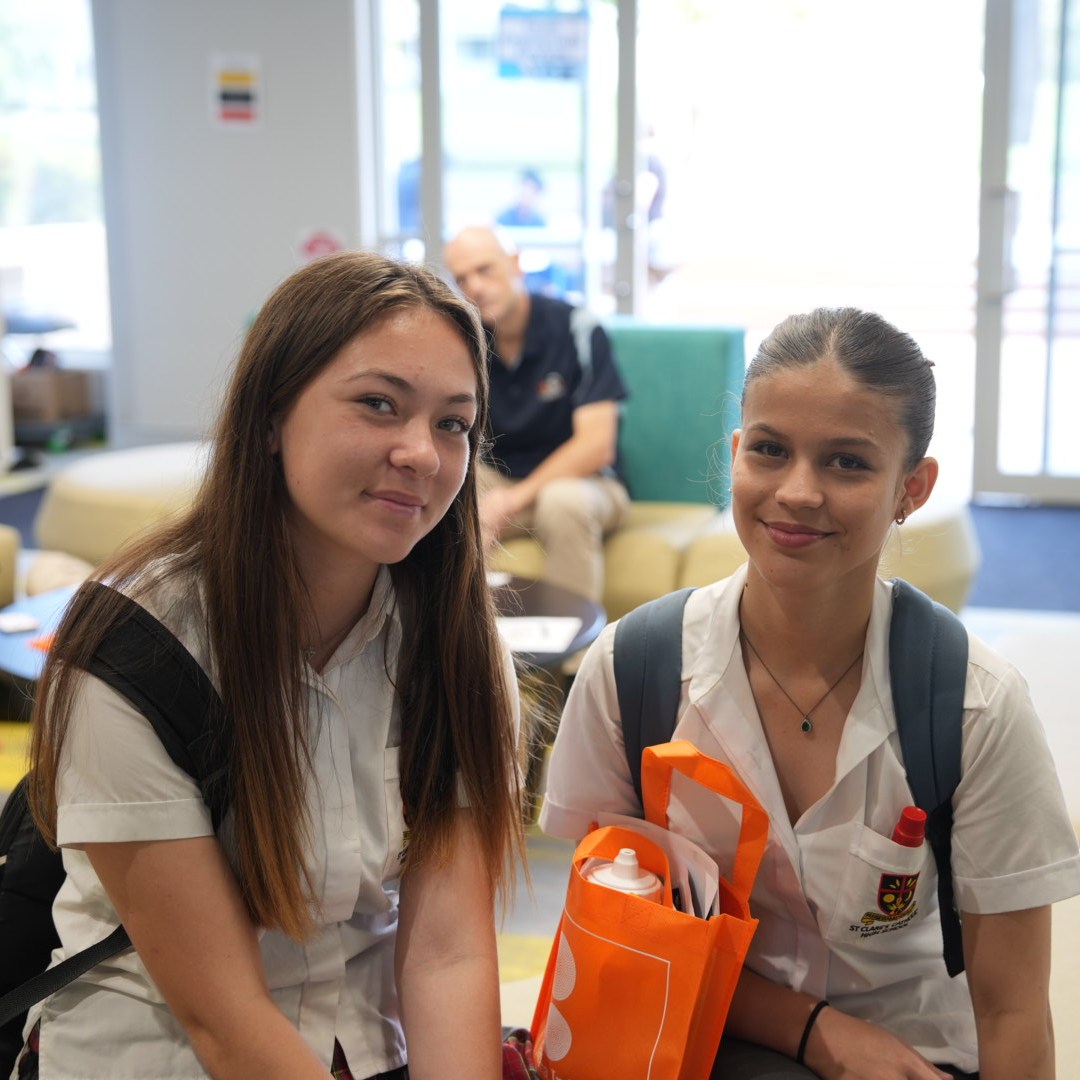 The hugely popular 'Beyond School, What's Next?' event at CathWest Innovation College is on again on Tuesday 28 February!🤩 Don't miss out on the opportunity to have conversations with career experts and explore many different post-school options.🤝🗣 Register via the Google Form link in our bio👉You can also read all about last November's event there too! #cspd2023 #catholicschoolsparramattadiocese #parracatholic #westernsydney #bluemountainsnsw #parramatta #hawkesbury @cathwestinnovation 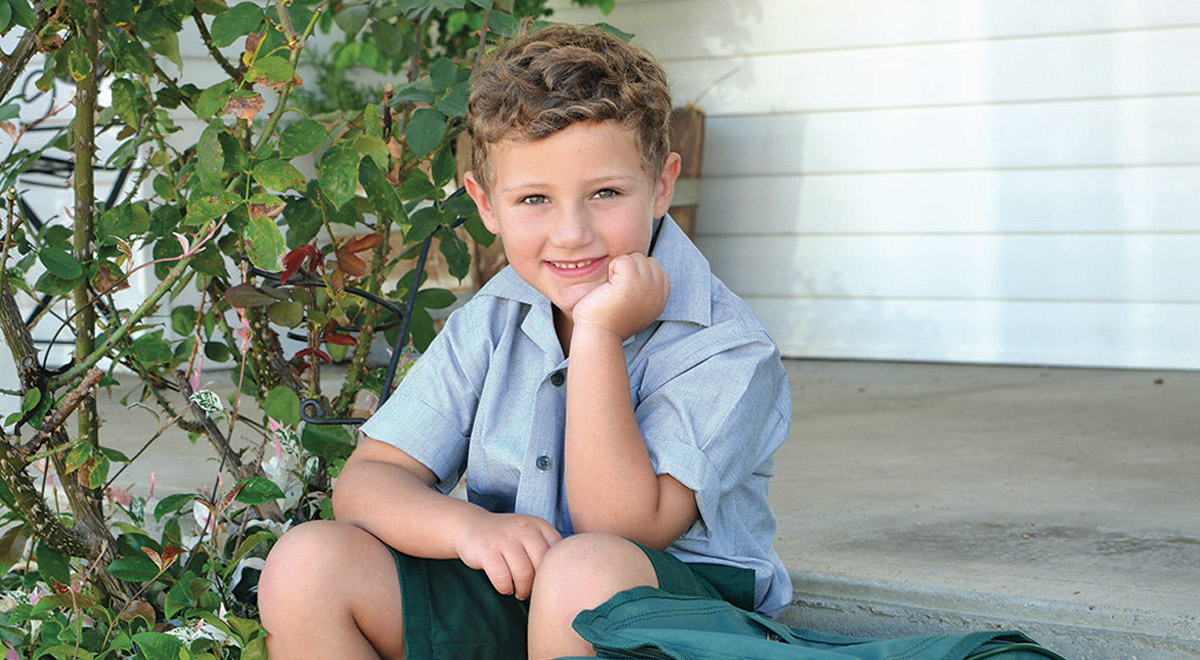 Biggest leap of their young lives

With the summer school holidays coming to an end, many children are getting ready to head to school for the very first time. Whether it’s feeling proud or a little scared, dropping your child off at school for the first time is guaranteed to bring on a mixed-bag of emotions for every parent. 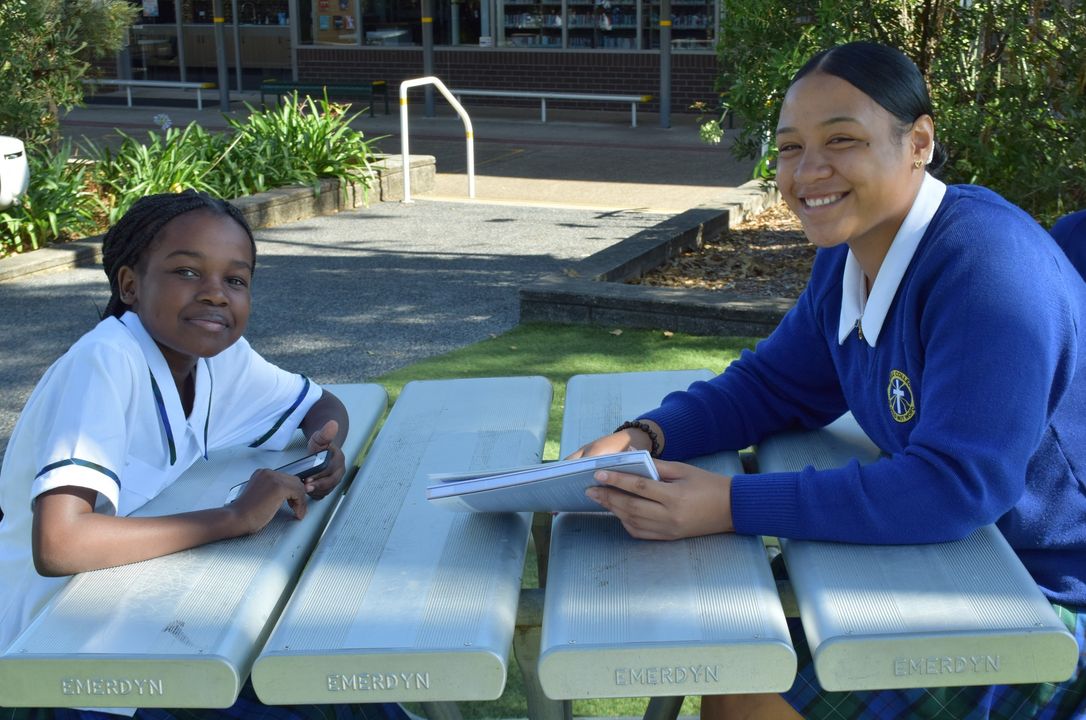 It's so heart-warming🥰😍🤗 to see students supporting students, especially those new to Kindy or Year 7.😇💕💞 Especially in these first few weeks of the school year, there's always a big focus on all students feeling welcome🤲🫶 and included👋 and that was certainly the case at all our schools including Nagle Catholic College, Blacktown South through their Big Sister program where Year 12 students support new Year 7 students and also through buddy programs such as St Joseph's Primary School Schofields where Year 6 students help our littlest learners.💗💙❤️🖤💛🤍 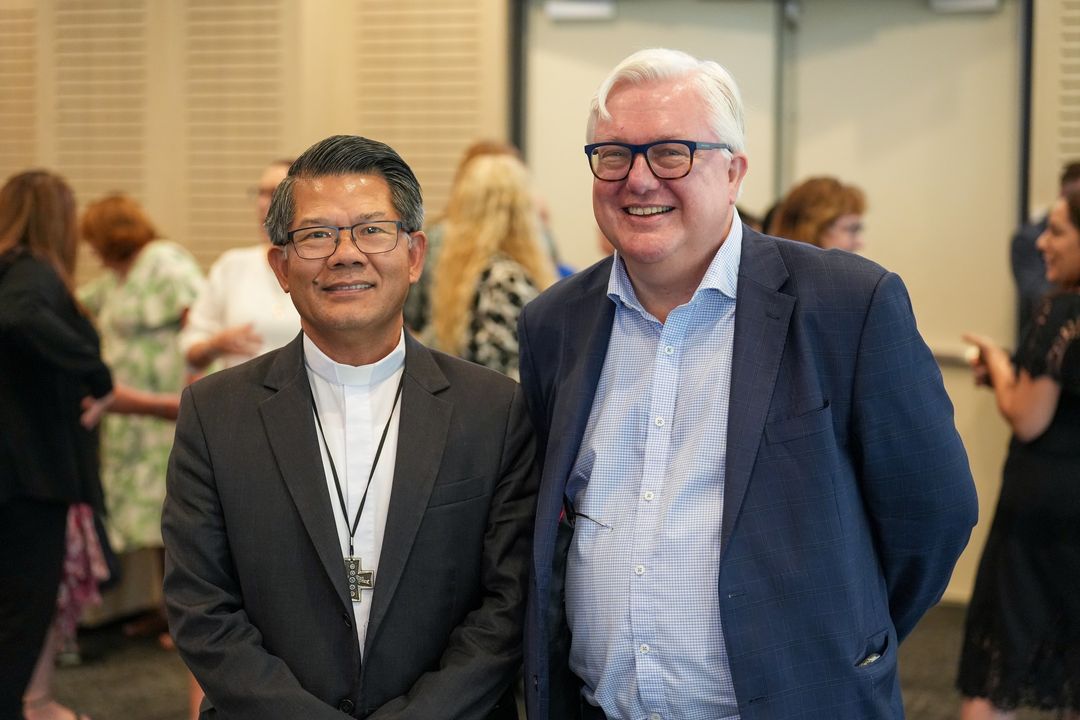 With more than 20 years of experience leading some of Australia’s largest not-for-profit organisations, Executive Director Jack de Groot is excited to begin a new journey with Catholic Schools Parramatta Diocese (CSPD).😊👏👏 Jack is driven by supporting an education for children and young people that is holistic, student-centred and unashamed about the pursuit of excellence. He is particularly passionate about ensuring access, equity and inclusion across CSPD’s 80 outstanding local schools.😇😇 Read more here: https://www.parra.catholic.edu.au/2023JDG 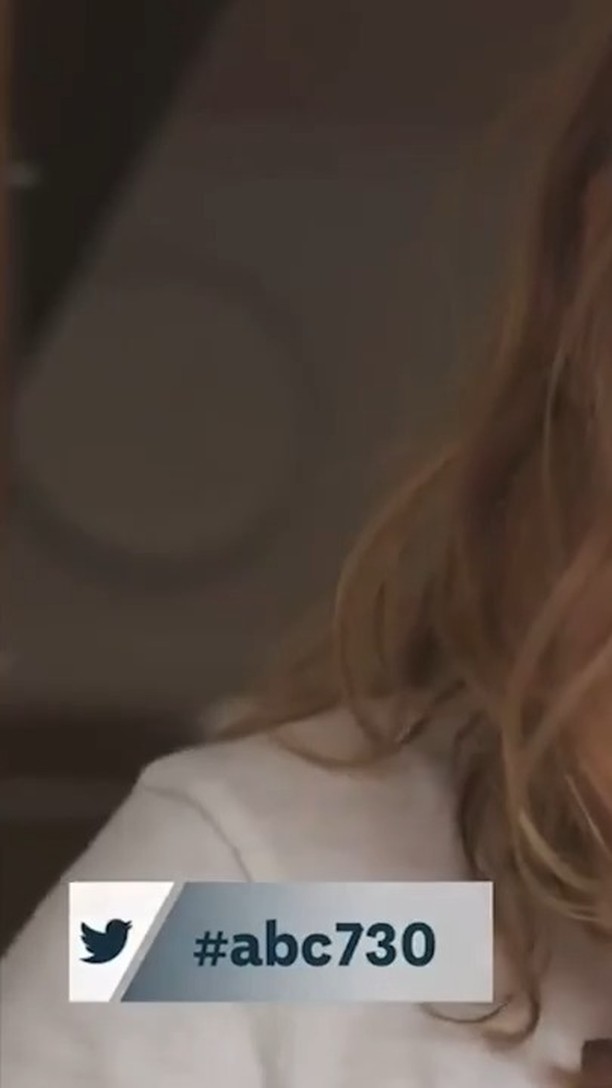 We know success at school is a predictor for success later in life so it's great to see the topic of school refusal getting more attention. 🗣👏 CSPD Director Wellbeing Dr Greg Elliott added his expert voice to this ABC 7:30 Report looking into this serious issue. 📺😇🤲 Greg explains the measures our schools adopt to support students experiencing school refusal and explains the difference between students who won't go to school and students who can't go to school.👩‍🏫🤗🥰 #cspd2023 #catholicschoolsparramattadiocese #parracatholic #westernsydney #bluemountainsnsw #parramatta #hawkesbury #schoolwellbeing #schoolrefusal 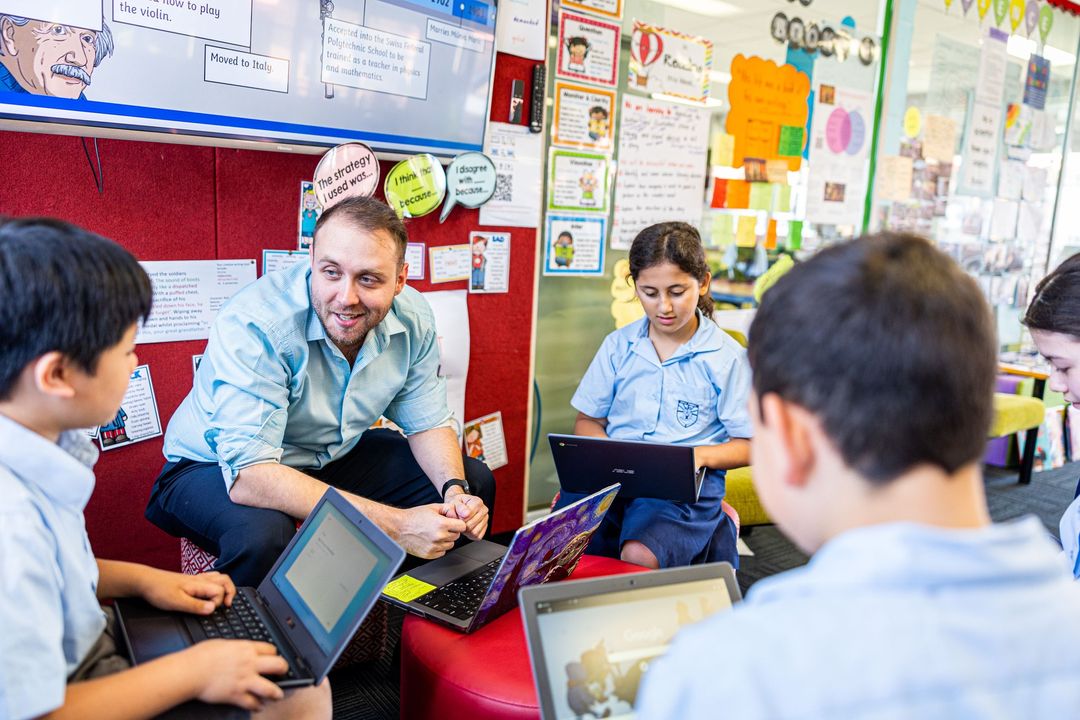 Today is Safer Internet Day💻📱 - a global event to help create safer online spaces for all.🧑‍💻👫 The theme for this year is #ConnectReflectProtect where everyone is encouraged to: 👉Connect safely and with purpose – by keeping apps and devices secure and using social media in positive ways. 👉Reflect before we act – by taking a moment to consider how what we do and say online may affect others. 👉Protect ourselves and others by taking action – by telling family, friends or colleagues about eSafety and how we can help. For more information and helpful tips about using the internet safely, visit https://www.esafety.gov.au/ 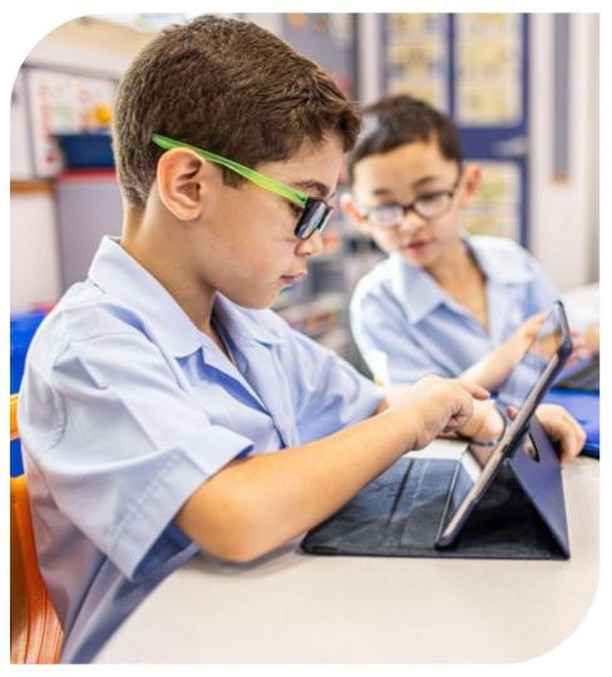 Today is Safer Internet Day, a global event that brings together communities, families, schools and organisations from more than 200 countries to help create safer online spaces. This worldwide initiative is celebrating 20 years in 2023. This year, the day is calling on Australians to Connect. Reflect. Protect. ➤ Connect safely and with purpose – by keeping apps and devices secure and using social media in positive ways. ➤ Reflect before we act – by taking a moment to consider how what we do and say online may affect others. ➤ Protect ourselves and others by taking action – by telling family, friends or colleagues about eSafety and how we can help. For more information on Safer Internet Day, cyberbullying, online safety advice and access to free webinars for parents and carers, see the link in our bio👉 #cspd2023 #catholicschoolsparramattadiocese #parracatholic #westernsydney #bluemountainsnsw #parramatta #hawkesbury #saferinternetday #safterinternetday2023 #cyberbullying #onlinesafety #onlinesafetyforkids @esafetyoffice 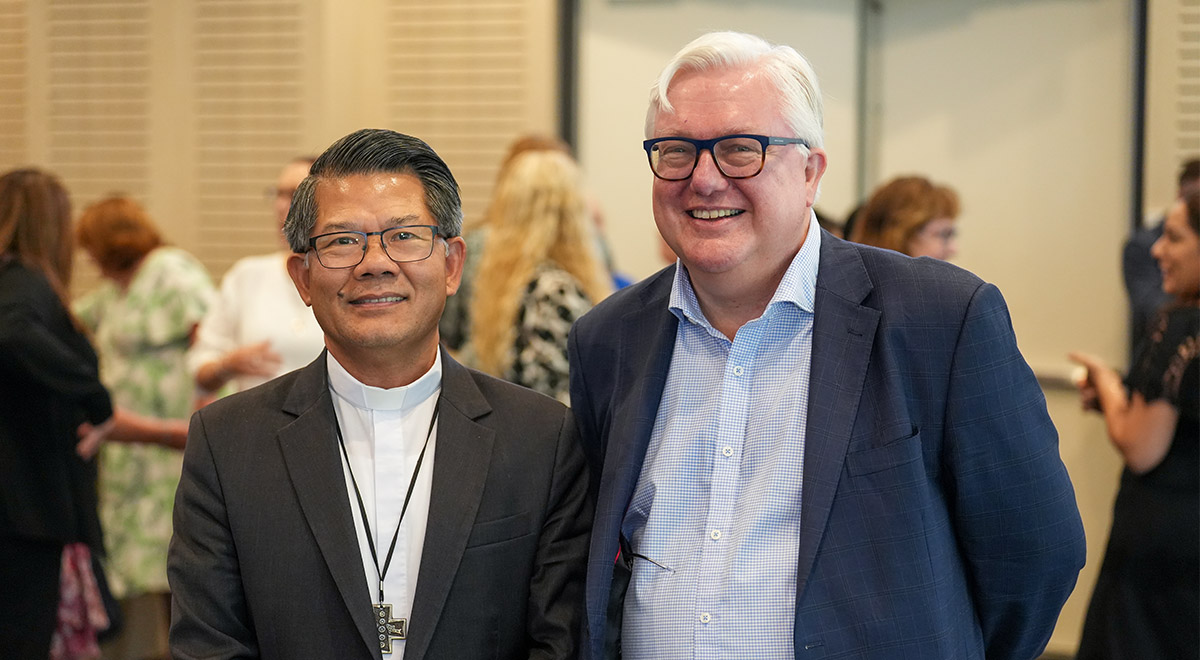 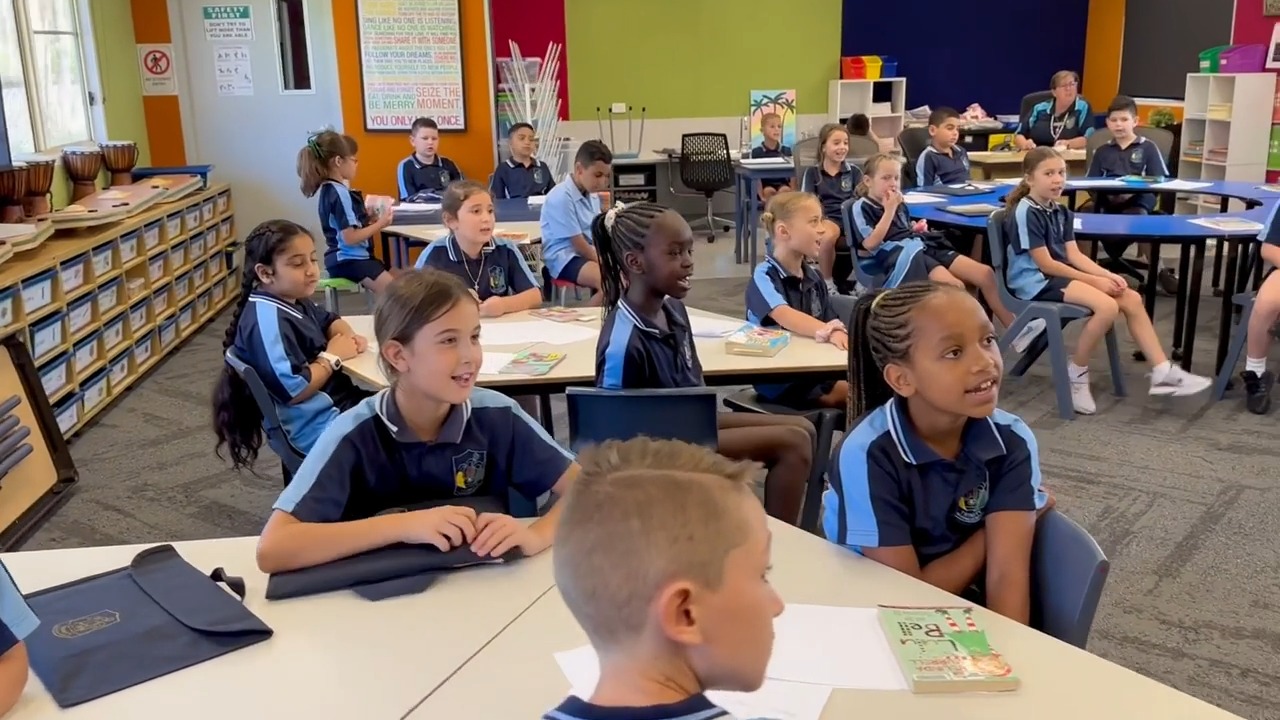 Children really are the sunshine in our lives.🌞🌞🌞🥰 It's been a magical start to the 2023 school year🥳🥳 as thousands of students return to school with smiles on their faces, a spring in their step🏃‍♀️🏃‍♂️ and excitement to learn... helped by so many passionate and caring teachers such as Mr Crawford👨‍🏫, Year 3 teacher at Trinity C.P.S Kemps Creek. 🎤🎶🎸🙂 Find out more about the beautiful school community at Trinity here: https://www.trinitykempscreek.catholic.edu.au/enrolment/how-to-enrol 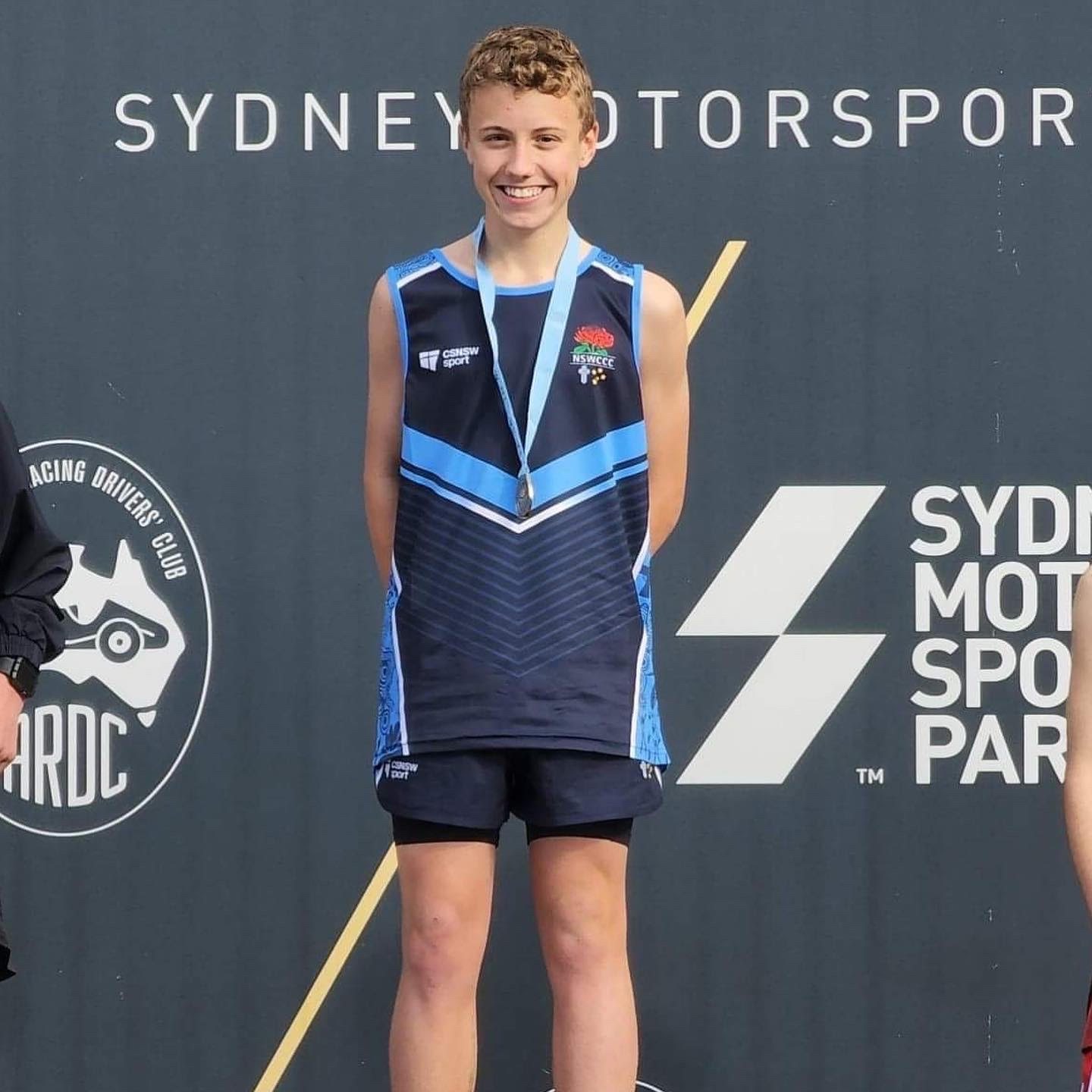 We are so excited to see that Matthew Engesser from Gilroy Catholic College Castle Hill and Charles Saul from Marian Catholic College Kenthurst recently won 2022 NSWCCC Blue Awards.👏👏 Matthew is a Multi Class champion cross country runner, who won the 15/16 NSWCCC Cross Country and NSW All Schools Country races and claimed silver at the Nationals. He was also selected into the Australian Cerebral Palsy athletics squad.🏃🏃‍♂️🤩 Charles has shown amazing resilience and determination to earn representative honours at school, club, state and national level for football. He was even selected for the Australian School Boys Football Team. ⚽️🥅🎖 Huge congratulations to both of these talented young sportsmen.🙌🙌🙌 #cspd2023 #catholicschoolsparramattadiocese #parracatholic #westernsydney #bluemountainsnsw #parramatta #hawkesbury #kenthurst #castlehill @mariancatholiccollege @gilroycathcoll #studentathletes #studentathlete 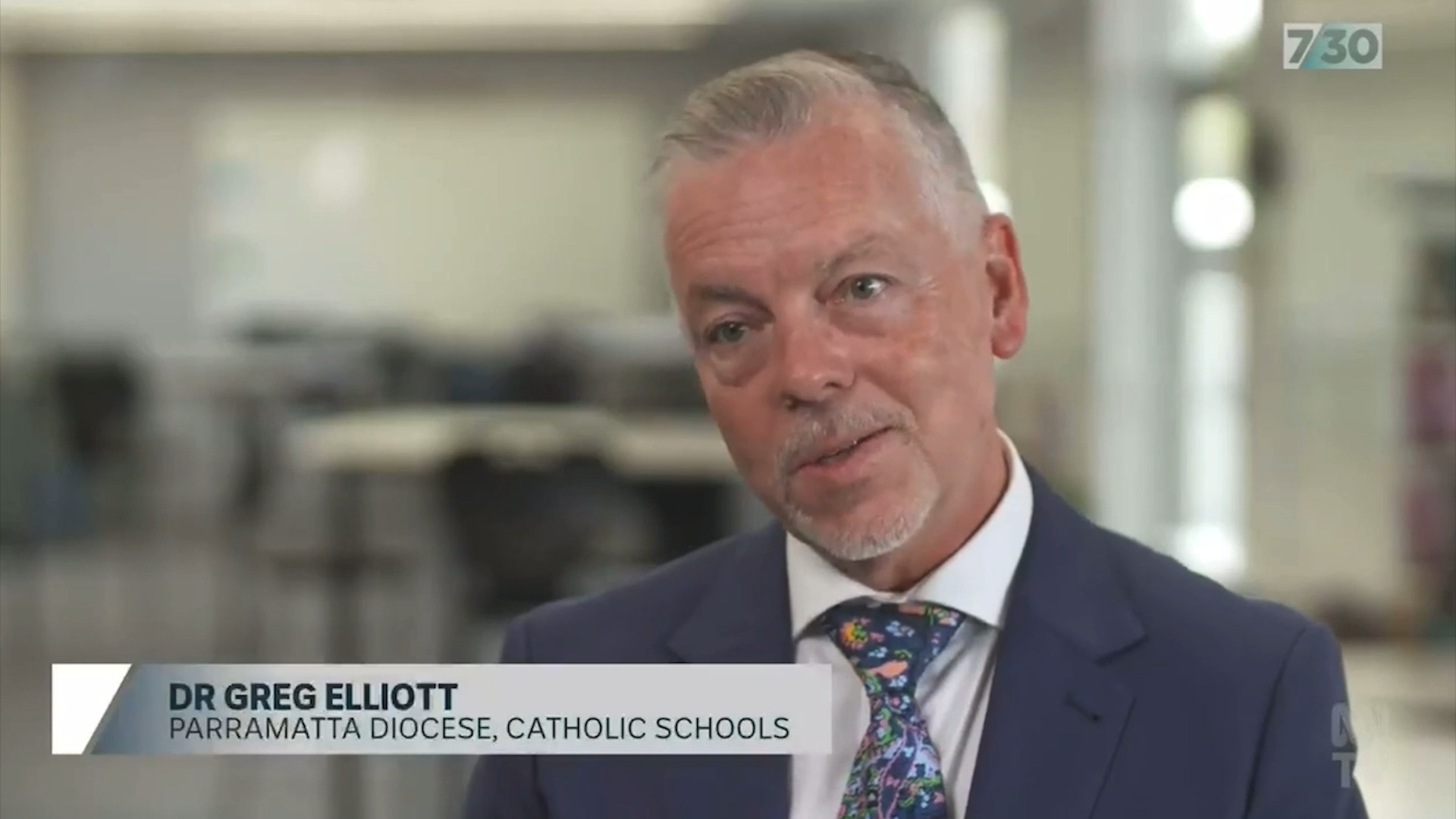 Very proud of our Director Wellbeing Dr Greg Elliott for lending his expert voice🗣👏 to this ABC 730 Report📺 looking into the serious issue of school refusal.😇🤲 We know success at school is a predictor for success later in life so it's great to see this critical issue get more attention. Greg explains the measures our schools adopt to support students experiencing school refusal and explains the difference between students who won't go to school and students who can't go to school.👩‍🏫🤗🥰 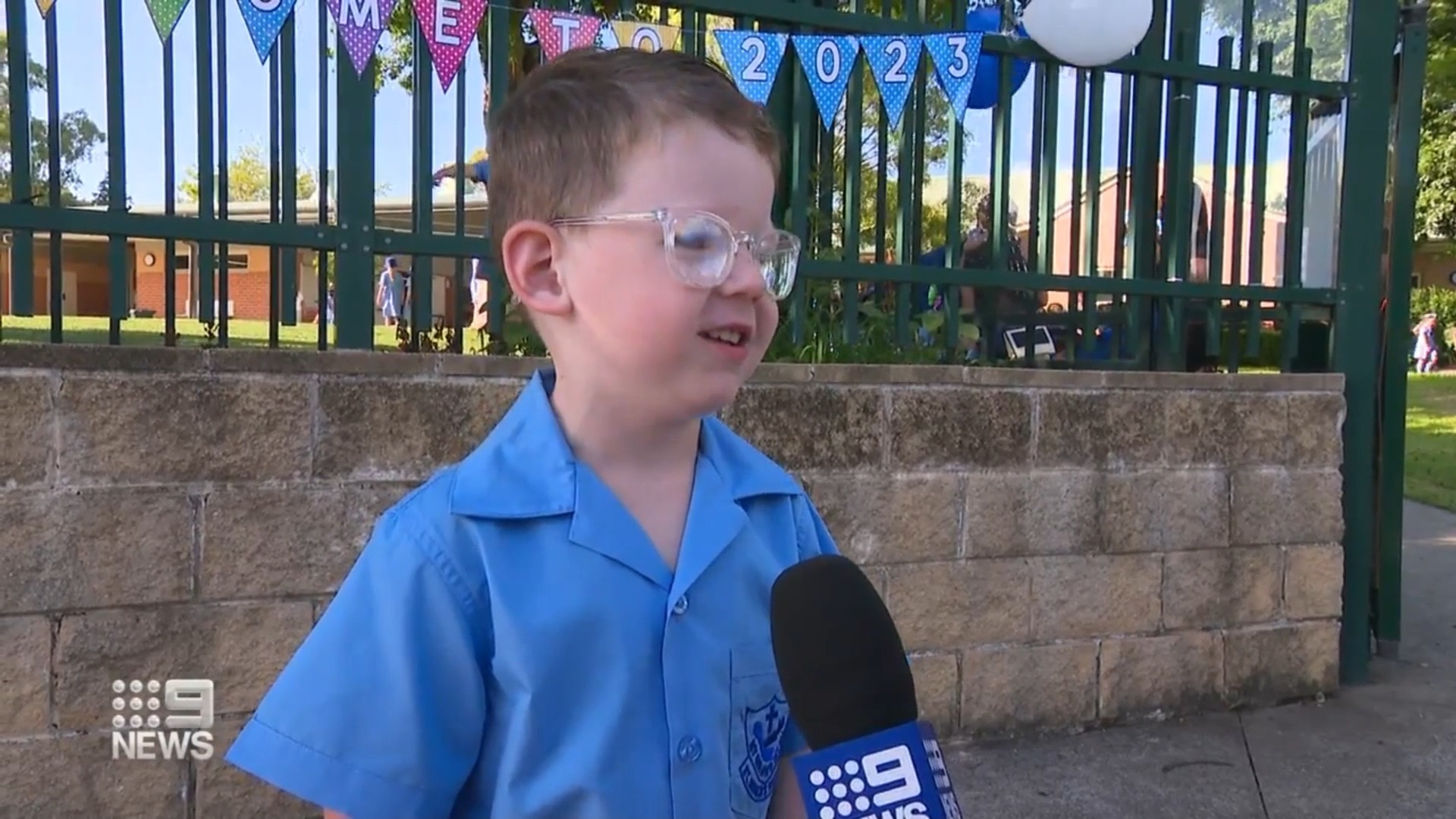 Who doesn't love dinos?!🦖🦕🥰🤩 As if the new Kindy starters at St Monica's Primary School Richmond weren't excited enough but the sight of a 9News📺 cameraman and journalist🎤 certainly added to the fun, especially for little Tate who keen to keep learning about all things prehistoric.😇 It was such a beautiful morning as St Monica's staff and teachers welcomed their littlest learners. You can find out more about this beautiful local school here: https://www.stmonicasrichmond.catholic.edu.au/enrolment/how-to-enrol 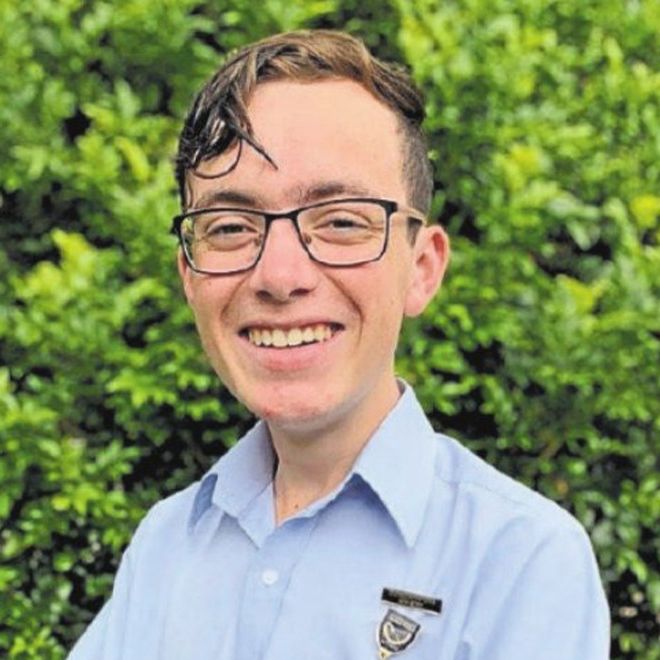 St Columba's Catholic College Springwood student Lachlan Steadman is a teen maths whiz! 🔢➕➗✖️ In Year 7, Lachlan showed such aptitude for mathematics he was already sitting in on Year 11 classes. 🤩😲 Last year, while only in Year 9, he sat the HSC Advanced Mathematics exam and achieved a Band 6!! 🙌🙌🙌🙌 We can't wait to see what more he can achieve in the future. Read his amazing story in the Blue Mountains Gazette at the link in our bio 👉 #cspd2023 #catholicschoolsparramattadiocese #parracatholic #westernsydney #bluemountainsnsw #parramatta #hawkesbury #maths #mathematics #mathsstudent #springwood @columbasdoves 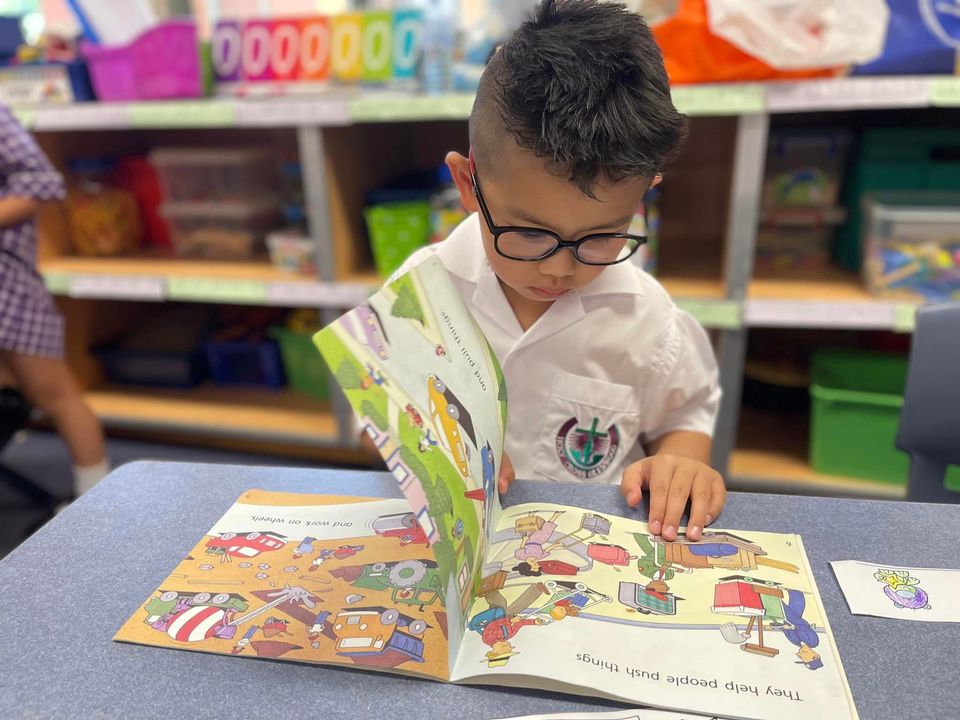