The advisory body guiding the strategic work across the Catholic Diocese of Parramatta.

From the beginning of 2023 Catholic Education Diocese of Parramatta will have a new name, Catholic Schools Parramatta Diocese Ltd. In the spirit of leading together, the organisation will also have a new governance framework.

The intention of these changes is to reflect contemporary governance practice and strengthen decision-making and accountability. 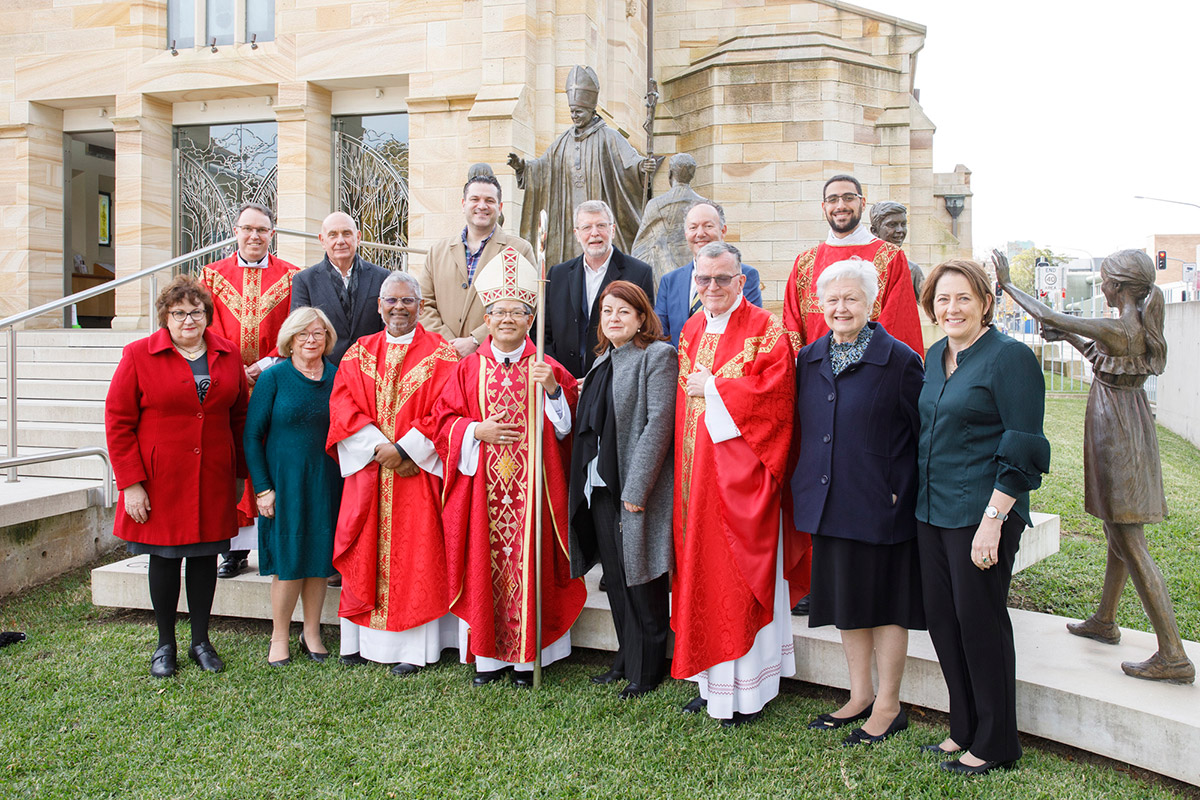 Elizabeth is Chair of the Sydney Children’s Hospital Network, the Customer Owned Banking Association and SGS Economics and Planning, and a Non-Executive Director of ASX-listed ReadyTech Holdings and Bingo Industries. Elizabeth is also on the Boards of the NSW Institute of Sport and Health Infrastructure and Chairs the Audit and Risk Committees for the City of Sydney and IPART. She is also a member of the Audit and Risk Committee for the Western City Aerotropolis Authority and is an appointee to the Diocesan Finance Council for the Catholic Diocese of Parramatta.

Elizabeth is Emeritus Deputy Chancellor of Macquarie University and has held previous Non-Executive Director roles on the Boards of Chandler Macleod Group, McGrath Estate Agents, RailCorp and the Macquarie University Hospital. She was previously on the Board of Western Sydney Local Health District and a Trustee of the Museum of Applied Arts and Sciences. Elizabeth spent 16 years with the Federal Government including with Federal Health and more than a decade in the private sector including as Chief Executive of the Housing Industry Association.

Elizabeth holds a Bachelor of Economics and a Master of Cyber Security. In 2019 she was appointed a Member of the Order of Australia (AM) for services to higher education and the rail transport sector and is a Fellow of the Australian Institute of Company Directors.

Sue joined the central office of Catholic Education Diocese of Parramatta (CEDP) as an Area Administrator in 2002 and later served as Team Leader in the Quality Review and Development Division and as Head of School Services. In 2011, she became Director Learning and in 2016 was also appointed Deputy Executive Director.

While Sue has retired from a professional career in CEDP, she is still very active at the Diocese of Parramatta as a member of the Diocesan Curia and Chair of the Diocesan Governance Implementation Committee instituted by Bishop Vincent Long.

Nicole commenced working with Westpac Banking Corporation in 1998. Since 2012, she has been the Head of Finance for the Westpac Group’s three charitable foundations with responsibility for their financial governance. Prior to this, Nicole held a number of senior finance and project management roles across Westpac Group, including BT, St George Bank and Westpac’s retail and business divisions.

Prior to joining Westpac, Nicole worked in the Audit & Assurance Practice of Price Waterhouse in both Sydney and London on a range of audit and transaction advisory assignments, specialising in the financial services sector. Nicole is currently a director of Loreto Normanhurst School Board and UNE Foundation Limited.

Nicole holds a Bachelor of Commerce (Accounting & Finance) from UNSW and a Graduate Diploma in Local & Applied History from the University of New England. She is also an Associate member of the Institute of Chartered Accountants.

In 2011, Anthony was appointed a member of the Diocesan Finance Council for the Maronite Eparchy of Australia and then in 2014 to the Board of the Australian Maronite Professional Council Limited where he served for 3 years.

Anthony is a member of several industry associations including the Chartered Institute of Purchasing and Supply, the Property Council of Australia, the Security Providers Association Australia, and the Australian Security Industry Association Ltd.

A school principal for 25 years, Greg has a vision of educational provision built around quality learning and teaching, student wellbeing and strong governance structures that involves the school community in shaping the culture and direction of the school. Greg is the Chair and founding Principal of Peninsula Community of Schools (PCS) involving a number of schools working collaboratively to enhance public education on the Northern Beaches. He also received ministerial appointment to oversee the community consultation and re-establishment of Hunters Hill School and Erskineville Public School.

Greg was an education partner with Panasonic Australia to develop an interactive whiteboard for classroom use that was sold worldwide and became the interactive board in NSW schools. He acted as Chief Education Officer, School Improvement, Northern Sydney Region, responsible for supporting schools in developing school improvement targets. Greg was a leader in 'Revitalising Inner City Education', an inclusive education focus responsible for community consultation, implementation and integration of a support unit for students with physical disabilities at Balmain High School.

Greg has received a number of accolades in the education sector including NSW Primary Principals Association, Professional Award 2017 for 'Excellence in School Leadership', Director General’s Award 2011 for 'Outstanding Service to Public Education', Director Generals School Achievement Award, 1997 'Commitment to Equity of Student Outcomes' as Principal of Truscott Street Public School and a number of other awards tied to his position as Chair of the PCS.

John joined Celestino in 2013 as the inaugural Chief Executive Officer, a role he held until 2022, having worked with the company for over 10 years prior as a property advisor. During his time as property advisor, John procured the acquisition of the Celestino portfolio which grew to include over 20,000 residential lots plus a mix of industrial, retail, commercial and high-density sites in NSW and QLD.

John has over 25 years’ experience in the property industry having established a successful property law firm in Western Sydney in the early 90s. The firm’s rapid growth gave John a good understanding of Western Sydney’s development potential as well as many of the key challenges in the region.

John Watkins AM | Board Member

After a career as a high school teacher John was privileged to spend 13 years as a Member of the NSW Parliament including almost ten as a Minister in a variety of portfolios, including Education, Transport and Police. He resigned as Deputy Premier in 2008 and left the Parliament to take up a role as CEO of Alzheimer’s Australia NSW. He remained in that role until 2017 when a single national entity, Dementia Australia, commenced.

John has also served extensively as a Non-Executive Director of a number of organisations including Chair of Calvary Health Care, Mary MacKillop Today, the McKell Institute and Catholic Health Australia. He was also a Director of Catholic Professional Standards Ltd, and remains as a Director of the Governing Council of NeuRA, Caritas Australia and Parkinson’s NSW. John served on the Councils of Macquarie University and the University of New England (UNE) and was the Chancellor of UNE in 2013/14.

John has an Arts/Law degree from UNSW and an MA and an Honorary Doctorate from Macquarie University. He was appointed a Member of the Order of Australia (AM) in 2015.

Marea Nicholson AM | Board Member

With more than 40 years’ experience, Professor Marea Nicholson AM has made a significant contribution to governance, teaching and learning including special education, school counselling, teacher education and particularly child protection in Catholic, Government and Independent schools. She has been involved with the Australian Catholic University and its predecessor colleges since 1987 including leadership in course design and program coordination, and professional development. She was appointed to the position of Associate Vice-Chancellor (NSW/ACT) in 2009, and Emeritus Professor in 2019.

In 2012, Marea received the Rotary International Award for Vocational Excellence in recognition of her dedication and the pursuit of excellence throughout her career. In 2016 she was successful in obtaining NSW Government funding to establish two business incubator spaces on both North Sydney and Strathfield Campuses. In 2020 Marea was appointed a Member (AM) of the Order of Australia for significant service to education, and to professional standards.

Marea has had numerous leadership roles within education including Chair of Catholic Religious Australia’s Education Committee and Chair of Initial Teacher Education Council. She is currently a Good Samaritan Board Chair and a member of National Catholic Education Commission and the Committee of Religious Institute and Ministerial Public Juridic Person School Authorities Australia (CORMSAA).

Maria had a 42-year career in Catholic Education. Prior to retirement in 2019, Maria spent 15 years as the Principal of Mount St Benedict College. Maria has held other leadership positions including as the Pastoral Care Coordinator at St Dominic’s College Kingswood, Administration Coordinator and Co-curriculum Coordinator at St Leo’s College Wahroonga, and Deputy Principal at Our Lady of Mercy College (OLMC) Parramatta. 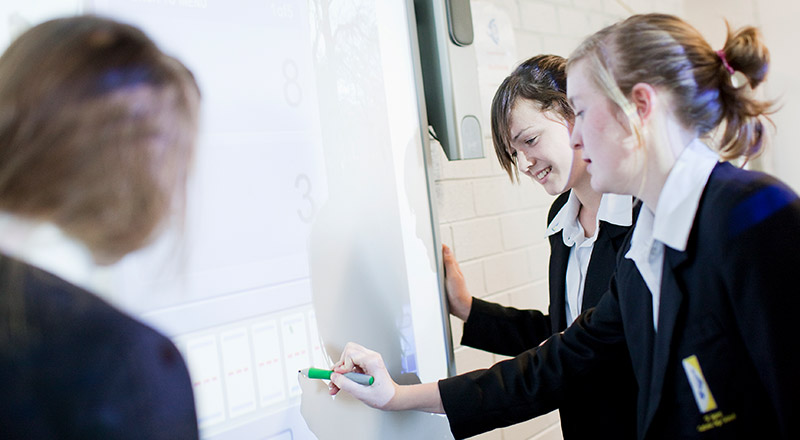 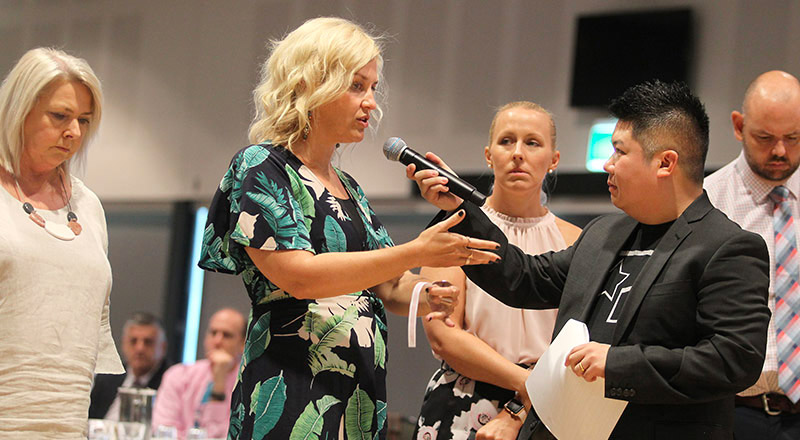 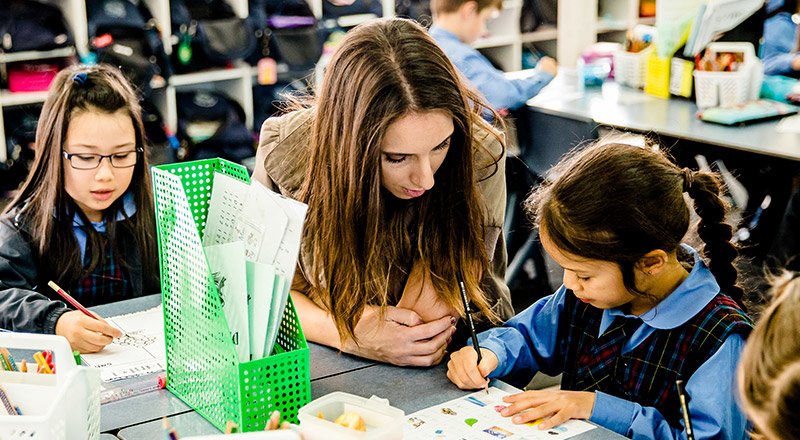 We are committed to transforming the learning of each student in Catholic Schools.

Greg Whitby is a teacher, advocate, administrator and leader. His mission to transform schooling for every child and young person is driven by a strong commitment to justice and equity.

The CEDP Executive Team is responsible for the development and execution of the system strategy for Catholic schools in the Diocese of Parramatta.

Find out how we manage the school compliance, accreditation and improvement processes for Catholic Education in the Diocese of Parramatta.